Zootopia Is Throwing a Presidential Debate Party, Reflecting This Zoo of an Election 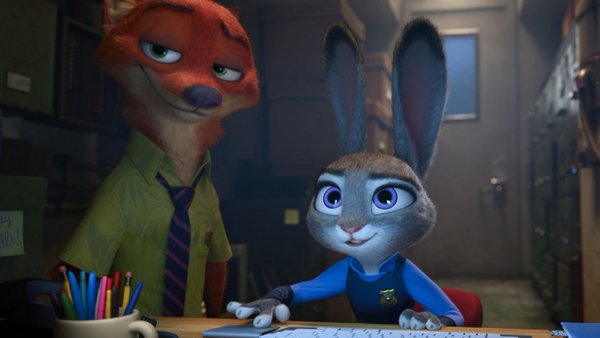 Disney’s Zootopia is hosting a debate-watching party tonight, and I’m super salty we weren’t invited because playing debate bingo in the Sunset Tower might’ve been the only scenario where watching a lizard person in a flesh suit spew hate speech wouldn’t have been totally depressing. Though filmmakers Byron Howard and Rich Moore won’t be attending, Deadline reports that members of the Broadcast Film Critics Association and the Hollywood Foreign Press may be in attendance.

The invite, which they shared, promises the election is “going to be a zoo!” with images of a Democratic Donkey and GOP Elephant representing our candidates, Clinton and Trump (more like shih tzu, am I right?). Also featured is a quote from the San Francisco Chronicle stating, “Election year makes dysfunctional politics of Zootopia ring truer” and a caption reading, “in keeping with this year’s Zootopia celebration and our collective Truth-is-Stranger-than-Fiction political narrative.”

Though the party feels like a weird collision of worlds, the themes of bias, structural discrimination, and intersectionality present in Zootopia are more relevant than ever and the accessibility of it makes the film great reflection to the election year. From this party, it seems like Disney’s pushing how political their movie is, a move that Deadline notes feels increasingly common for movies this Oscar cycle. Press for Magnificent Seven for example, continually brings up how “anti-Trump” the narrative strives to be and viewers of Hell and High Water have called many of the characters representative of Trump’s Middle America (though it gives much more nuance than that simplification allows).

Critics of Zootopia have long picked up on how the animated film promotes a patriotic attitude that resists and fights against oppressive structures. One review from a Chinese professor made headlines earlier this year for dismissing it as American propaganda, citing the way it “reversed” what appeared simple and natural. Considering it just came out on Netflix this month, maybe a defamiliarized world of adorable animals is what we need to explore what’s at stake when we allow stereotypes to shape policy and hand power to fear-mongering super-villains.

Stranger than fiction, indeed. Would you go to Zootopia-themed debate party?
Want more stories like this? Become a subscriber and support the site!