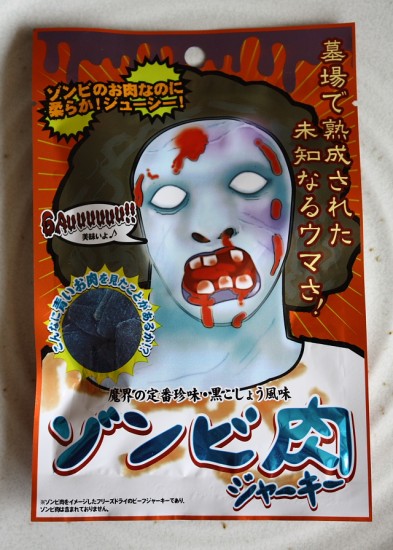 They say you are what you eat, so if you see someone chowing down on this delectable Zombie Meat treat, keep a safe distance, and maybe find a chainsaw or a shotgun.

This zany Japanese delicacy, which claims to be aged in the haunted graveyards of Japan, is probably just jerky with blue food coloring in it. But really, can we be sure? For all we know, digested brains could end up being blue and jerky-like. And if you’re sure that’s not the case, you should probably stop eating so many brains.

But the appeal here is clear. Zombies spend so much time eating us and not dying that it’s about time some zombies die get eaten. This sweet, sweet revenge meal costs 399 yen, which comes out to about $4.50. Though I’ve got to say, that zombie up there has some psychedelic hair. Let’s spare that one and eat the rest. 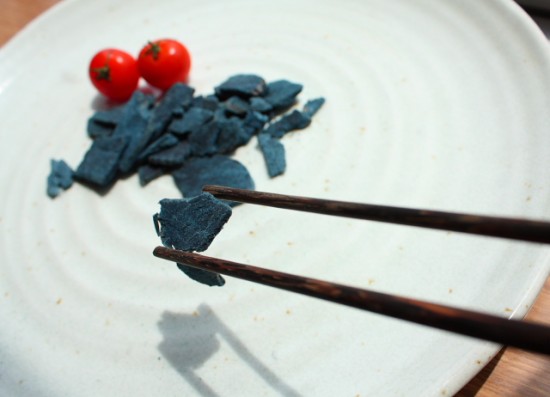 Update: ThinkGeek is reversing some roles as well with Zombie Blood Caffeinated Energy Potion. Though perhaps vampire blood would make for a more perfect swap, zombie blood still makes for some sweet adrenaline-inducing revenge. Also, it’s green! Blue flesh and green blood? There’s so much to learn about zombies!

(Via Pink Tentacle via The Daily What)