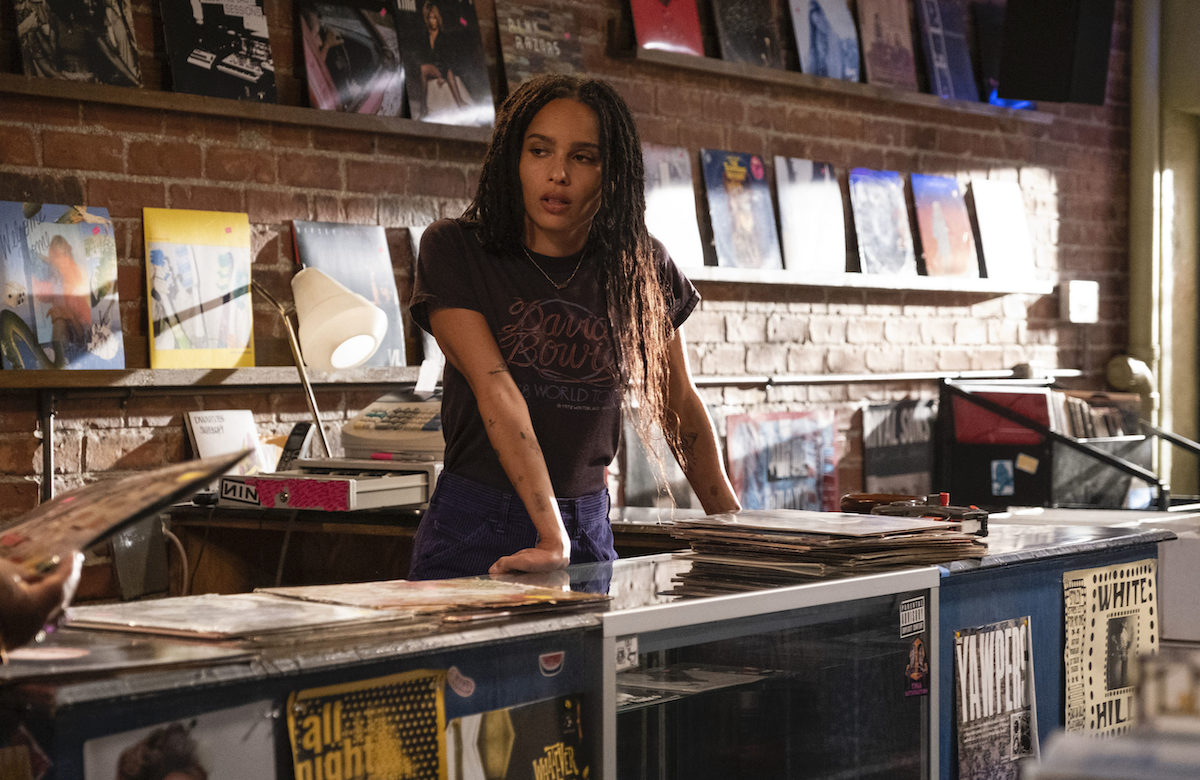 Hulu’s series adaptation of High Fidelity was a low key delight of a series, with charismatic performances, smart writing, and of course, a killer soundtrack. So it was disappointing to learn last week that the show, a gender-swapped adaptation of Nick Hornby’s 1995 novel and the 2000 John Cusack movie, was canceled.

I imagine it’s even more disappointing for Kravitz who, in the show, had finally found a project that put her center stage (she was also an executive producer on the series). While Kravitz has delivered strong supporting performances in projects like Big Little Lies and Mad Max: Fury Road, she has yet to find a high profile leading role worthy of her talents.

Kravitz took to Instagram to mourn the show, writing “I wanna give a shout out to my #highfidelity family. Thank you for all the love and heart you put into this show. I’m in awe of all of you. And thank you to everyone who watched, loved and supported us. #breakupssuck”. Kravitz added in the comments, “It’s cool. At least hulu has a ton of other shows starring women of color we can watch. oh wait.”

i wanna give a shout out to my #highfidelity family. thank you for all the love and heart you put into this show. i'm in awe of all of you. and thank you to everyone who watched, loved and supported us. ✌🏽 #breakupssuck

Kravitz’s dig at Hulu’s lack of diversity isn’t without merit. While the streaming service boasts diverse series like Ramy Youssef’s Ramy, Wu-Tang: An American Saga and Love, Victor, those series are anchored by male leads. In terms of Hulu originals centering on women of color, the selections include PEN15 and Taste the Nation with Padma Lakshmi. Aside from High Fidelity, the only other recent originals with Black woman leads were the series Four Weddings and a Funeral and the miniseries adaptation of Little Fires Everywhere, which starred Kerry Washington.

On an episode of Variety and iHeartRadio’s The Big Ticket podcast, Kravitz discussed the love she received from fans over the representation that the series offered. “The amount of comments, DMs, things on Twitter, articles written about Brown women who love music, were afraid of commitment, who’ve never seen a person like them on television — they feel seen for the first time,” she said, adding “Just breaking away from the stereotypes, I feel like people need that. So I feel very lucky to have been able to deliver that, because one of the most important things for me was authenticity and bringing a real world to life. I’ve lived in New York for a long time, and in a lot of ways this was a love letter to New York with all its messiness and diversity.”