Zendaya Doesn’t Want to Be “Hollywood’s Acceptable Version of a Black Girl” Anymore, so How Do We Change That? 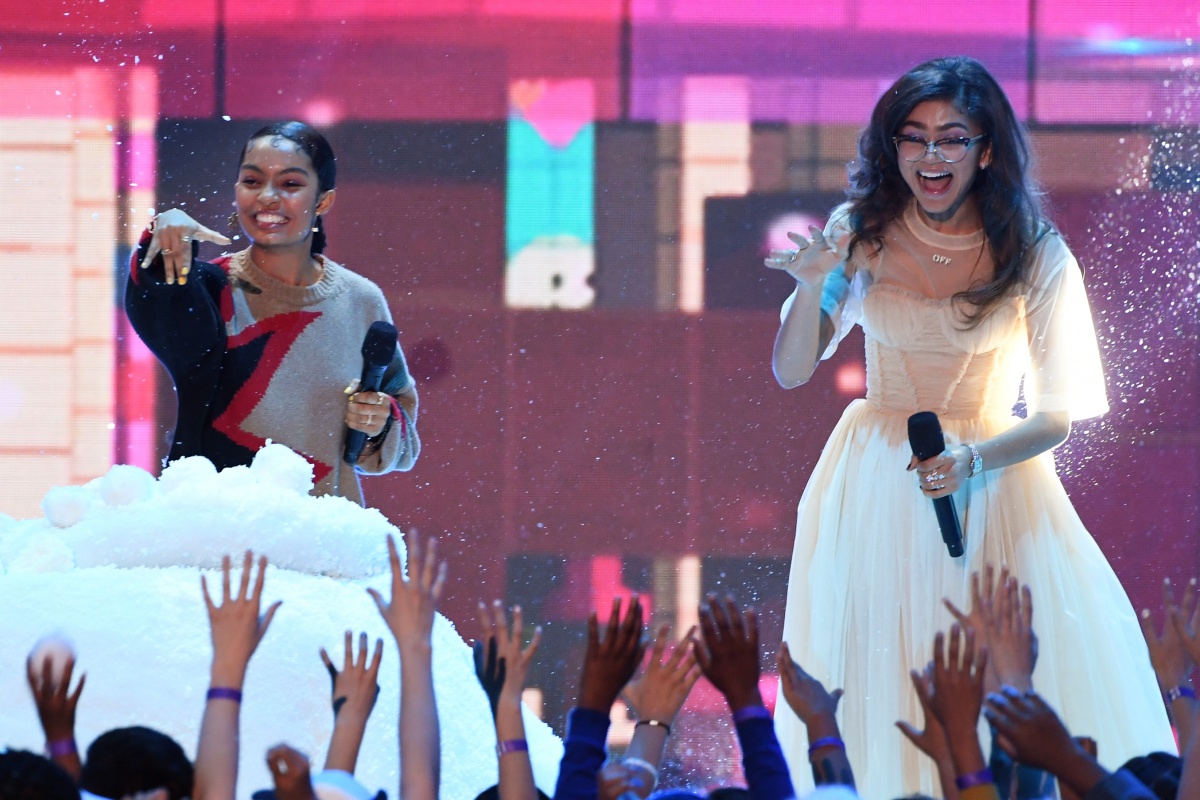 In the era of social justice that we live in, questions of privilege are going to be asked. Colorism has been coming up more recently, with actresses like Alexandra Shipp and Yara Shahidi coming under fire for blocking people who bring this up in their mentions. While there is no doubt an added aggression to these conversations on Twitter, the reality is that society has an overwhelmingly monolithic view of black beauty, and really all ethnic beauty.

Tessa Thompson, Alexandra Shipp, Amandla Stenberg,  Yara Shahidi, Zazie Beetz, Gugu Mbatha Raw, Zendaya, etc. are all becoming the go-to faces of black beauty. While I love and adore all of these actresses, deeply, separating my own personal feelings, they are all lighter skinned actresses with long curly hair and a more “traditionally” accepted phenotype.

This does not take away from their blackness, their struggles, or their place in terms of being advocates for black women. In fact, many of these women have addressed colorism. This past Sunday, at the Beautycon Festival in New York, Zendaya addressed the fact that she has benefited from being seen as a more “acceptable” black woman:

“As a Black woman — as a light-skinned Black woman  — it’s important that I’m using my privilege, my platform to show you how much beauty there is in the African-American community,” she said. “I am Hollywood’s, I guess you could say, acceptable version of a Black girl — and that needs to change.”

“I am Hollywood’s acceptable version of a Black girl and that has to change. We’re vastly too beautiful and too interesting for me to be the only representation of that.” – #Zendaya in conversation with @BadAssBoz at #BeautyconNYC pic.twitter.com/wZaIrJm1Tw

“We’re vastly too beautiful and too interesting for me to be the only representation of that. What I’m saying, it’s about creating those opportunities. Sometimes you have to create those paths. And that’s with anything, Hollywood, art, whatever,” Zendaya added.

So how do we create those paths?

Well, the hard truth is that it means turning down roles. Or at the very least, it means being an advocate for darker skinned women when you do make it. For example, on grown-ish, the fact that they don’t have any dark skinned women in the main cast is a problem. They had three chances to do that outside of Shahidi, who was always going to be the lead spinoff character, but the twins could have been darker, or they could have gotten a darker skinned Latina for the role of Ana.

While Yara Shadidi is a young actress, she is also an activist and had positioned herself in that role. That means being responsible for the products you are a part of.

The change has to come from both behind the camera and in front of it. Writers, producers, and directors all need to be held responsible, and it is not fair to put all of the pressure on black actresses, lighter skinned or not, to correct all the errors of colorism.

As Tiffany Onyejiaka said in her Teen Vogue op-ed last year, talking about colorism in Hollywood: “The fault lies with Hollywood producers and casting agents who refuse to push the boundaries and cast young, dark black women in important movie roles — including roles that were made specifically for them.”

Yet, it is still our responsibility as members of the community to help each other, especially when we are trying to change the way blackness and black women are depicted in media.

We are making progress, slowly but surely, but we need non-Black Panther movies to put darker skinned women in powerful roles. It’s sad that the most recent movie I saw since Black Panther with a dark-skinned woman in a lead role who was strong, emotional, competent, and not hyper-sexualized was Rampage.

So if lighter-skinned and mixed race black actresses want to be allies to their darker skinned sisters, then they need to help them get roles and advocate for that, even if it means having to step down from a project once and awhile.