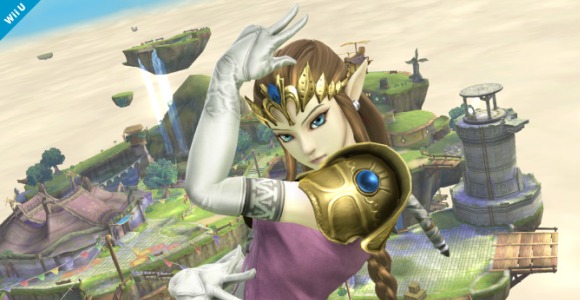 Because I wasn’t already excited enough about the new Super Smash Bros. for Wii U and 3DS, Nintendo has announced the inclusion of a record-breaking fifth playable female character in the game. A Smash Bros. staple, Zelda returns as the baddest princess (come at me, Peach) in this new incarnation of the game that has ended a million friendships.

This version of the titular character from The Legend of Zelda seems to be modelled after her Twilight Princess-era look. Zelda’s not the only bit of Hyrule you can find in the new Smash Bros., either; Link and Toon Link have already been announced, as well as stages that look like Skyloft (a personal fave), Gerudo Valley, and the Spirit Tracks Train. Sadly, rumor has it that one of Zelda’s most popular Smash Bros. moves – her transformation into Sheik – has been removed, and replaced with this attack from Spirit Tracks: 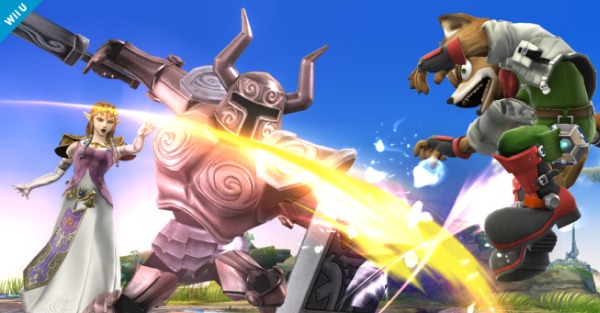 Zelda joins Peach, Rosalina, Samus, and the Wii Fit Trainer as one of the smashing ladies you can use to beat your opponents. Get ready for some fiercely elegant take-downs!

[Note: Originally this article said Super Smash Bros. will have four playable female characters, because I completely forgot about Samus and hate myself for it. We even basically have the same name. Apologies.]