Zach Anner: How the Internet Helped a Man (Who Can’t Walk) Fly 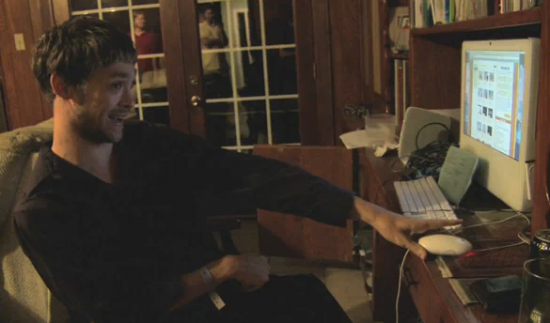 There’s a lot of anger and snark on the internet (I should know, I write some of it), so it was great news that this weekend gave us an internet story that just makes you smile. That story is the tale of Zach Anner, a young man with cerebral palsy, who became the internet’s latest celebrity when he entered Oprah Winfrey’s contest to give a regular person their own TV show. Anner’s audition video was hilarious and his overall good nature won over the internet and soon a few well-placed links had landed him more than two and a half million votes!

Here’s Zach’s awesome original audition tape where he describes his proposed travel show where, despite his disability, he and other people have never gotten to see the world will travel anywhere because, as he puts it, “no mountain is too high, and no Atlantis is too underwater or fictional!”

Proving that cool stuff can’t escape the eyes of Reddit or 4chan users no matter where it’s originally posted, Zach’s video went from the contest page to nearly every message board in the world in hours. It even ended up on John Mayer’s tumblr after he found it on the Daily What. Mayer advocated an “internet rally machine” to help Anner, but the internet was two steps ahead of him. By the end of the weekend, Zach was in first place in the contest with more than twice the votes as the contestant in second.

So what does Zach think about his newfound celebrity (and yes, he’s definitely an internet celeb as proven by this NSFW link)? Apparently, he didn’t even notice until yesterday when his brother showed him. The best part? His brother and friend taped Zach’s reaction when he turned on the computer and saw the results. Zach included that footage in a great thank you video he released on YouTube. This new video is even more endearing than the first one and warranted a “your welcome” response from Mayer.

So it looks like we’ll be seeing a lot more of Zach Anner, perhaps even moving from the computer screen to the TV screen. We at Geekosystem can’t be happier. If you aren’t yet sold that Zach deserves a show, this four year old video of him stopping Dennis Quaid on the street and persuading him to do a bizarre skit is sure to seal the deal. Hell, if he gets Quaid as his cohost, I’ll Tivo his show now!