Why couldn't this have happened to any one of the hordes of scarier robots instead? Come on, Yutu! 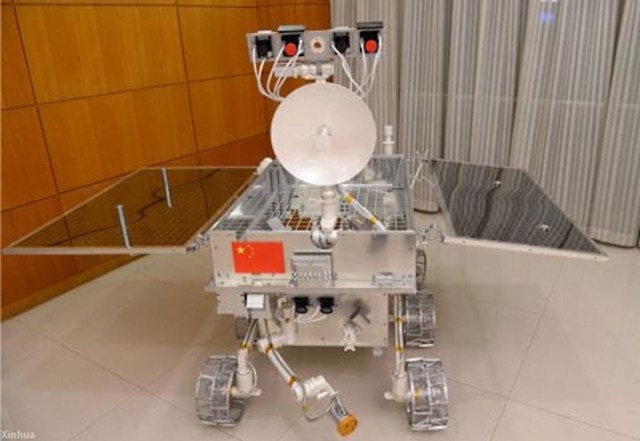 [Update 11:25AM Feb. 13] Jade Rabbit is alive! They’ve reestablished communications, so here’s what we know about its survival.

[Update 1:30PM] The China National Space Agency has posted on their Facebook page that the Yutu, “Jade Rabbit,” moon rover may have survived the lunar night despite its solar panel malfunction that left it vulnerable. They’ve said:

Official news: Yutu is still alive. Mission control is busy working on it. Please give them more time.

This is great news, because reports released earlier today said that the rover failed to get lucky and survive the harsh lunar night, which you can read about below. We’ll try to keep you updated as they try to reestablish communications with our favorite robotic space bunny.

We’ve been concerned about China’s lunar rover ever since it experienced a malfunction late last month that left it unable to fold up its solar panels and protect itself during the cold, two-week-long lunar night. After the heartfelt farewell it (kind of) left on China’s Weibo social media service, it’s been out of contact, but today it was officially out of commission.

The lunar night also left the rover unable to communicate with its Earthbound friends, and contact only just became possible again on Monday. Sadly, there were no 11th hour strokes of luck, and Chinese state-owned news agency Chinanews.com has reported that the “Jade Rabbit” officially froze to death all alone up on the moon.

Of course, all space rovers are sent on one-way trip suicide missions. There’s really no way to bring them back that would be practical—no matter how much we personify them and get sad about it. Still, it’s a shame that the Jade Rabbit’s journey was cut so short. There was so much more science he could have done up there.

The Curiosity rover (or its Internet-based personality) sends its condolences from the bottom of his cold, metal heart:

Jade Rabbit, the lunar rover, has been permanently lost. My condolences to his programmers and engineers and sub-routines.

Actually, that last one would be more useful if someone could translate it in Mandarin.

If this is too sad for you, you can cling to the hope provided in a recent statement that claims the Jade Rabbit team has seen some excitement today. It says they hope that their little rabbit buddy may eventually begin communicating again despite its exposure to the elements:

Situation is getting better, then so – the rabbit is expected to re-transmission of audio] a small rabbit rescue mission Chang E III core staff just croaked, excited tone, told reporters: “Little Rabbit situation is getting better, a little longer wake signs, wait. “This is the 25th month since the rabbit into the moonlit reporter first heard positive news. Bunny, come on! Chefs, you have worked hard! Yu Xiaojie”

This was translated from an original Chinese source with Google translate, though, so hope at your own risk. As of now, no contact has been made, and we can only assume Yutu has gone to the big mechanical rabbit farm in the sky.

(via The Verge, Planetary.org, and China National Space Agency, image via Joel Raup)