Because This Week Just Refuses to End, There’s Another Democratic Debate Tonight

Here's what you need to know going in. 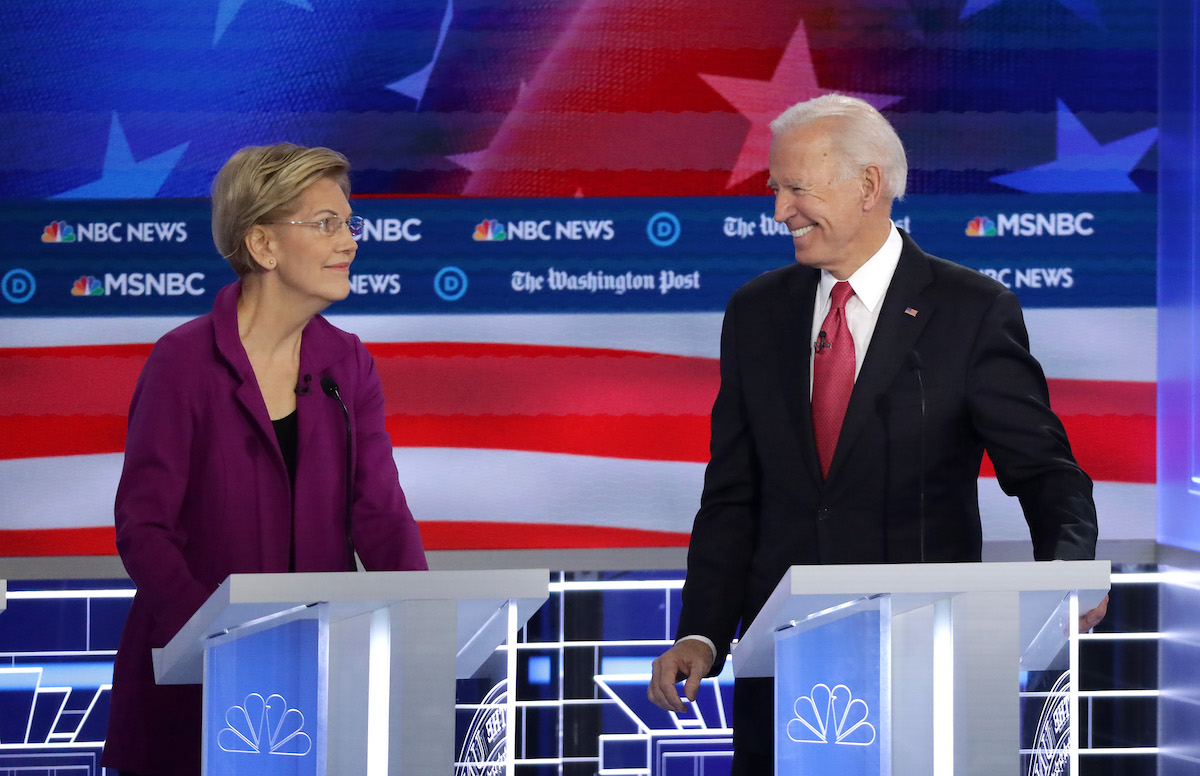 Between Star Wars and those Cats reviews and impeachment and now another Democratic debate tonight, this week just refuses to let our brains and spirits rest. If you do have the emotional bandwidth (and if you don’t have The Rise of Skywalker tickets because seriously, who was in charge of scheduling this thing?) to handle it, here’s what you can expect from tonight’s debate.

This will be the smallest group on the debate stage yet this year with only (only!) seven candidates. It will also be the whitest debate yet, as Kamala Harris has dropped out of the race and Cory Booker and Julián Castro failed to meet the DNC’s much stricter set of guidelines–guidelines which those candidates and others have called out for being exclusionary.

‘We now have [an] overall campaign for the 2020 presidency that has more billionaires in it than Black people.’ — @CoryBooker gave this heartfelt tribute to @KamalaHarris while explaining what’s wrong with the Democratic primary system pic.twitter.com/wZI5hiypQN

According to Politico, things will be run a little differently than past debates. There will be no opening statements, which is a welcome move, as there’s not much to be expected there but the same canned speeches we’ve already heard ten, if not 100 times over. There will also be three breaks in the three-hour debate, which I believe is more than we’ve usually had if my bladder remembers correctly.

It’s also important to note that this debate almost didn’t happen due to a cafeteria worker strike at Los Angeles’ Loyola Marymount University, where the event is being held. Workers called on candidates for solidarity and the candidates–many of whom have given speeches and taken photo-ops at recent union events–came through.

As the New York Times writes, “The dispute, between a cafeteria workers union and a food services company at Loyola Marymount, involved only about 150 workers and had drawn little notice over nine months. Yet in the heated political atmosphere surrounding the 2020 Democratic presidential contest, the impasse attracted outsized attention this month as the sixth primary debate approached.”

I would say that “outsized” attention is the attention it always deserved, but at least we landed at this same endpoint.

Warren was the first candidate to say she wouldn’t cross a picket line for the debate, followed closely by Sanders, with others echoing the stance soon after. Also, incredibly, Loyola Marymount was the second choice of debate location, after it was moved from UCLA due to that school’s own labor dispute.

This batch of Democrats has been heavily courting the union vote and I would expect this subject to come up tonight, likely with multiple anecdotes about union workers the candidates have met while in California.

Also expected to be a major topic of conversation tonight: Donald Trump’s impeachment! Especially since there are three sitting Senators on that stage who have a big vote coming up.

Are you watching the debate tonight? Let us know your thoughts in the comments!