Study: The Secret To Youth, In Yeast At Least 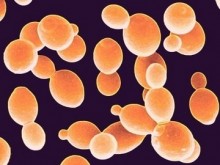 The cells in the body can only divide so many times before they die. It is this cellular lifespan that makes us grow older (whether we like it or not). But reproductive cells, the cells that go into making new lives, have an unlimited lifespan. Researchers have searched for decades to discover what it is about these cells that keeps them young while other cells age. Now, researchers from MIT have discovered a gene in yeast that controls the aging process. While the research has a long way to go before any comparisons can be drawn to the way human cells age, it does shed light on aging at a cellular level as a whole.

Published in the journal Science, a team of biologists have identified the gene NDT80 in yeast (Saccharomyces cerevisiae), which controls the aging process. By activating the gene in old yeast cells the researchers were able to double the typical lifespan of the cell (which is normally around 30 cell divisions).

Age related changes in yeast cells are relatively easy to identify. These changes include the accumulation of additional pieces of DNA, and the clumping of cellular proteins and abnormalities in the nucleolus (a group of proteins and nucleic acids inside the nucleus that produce other proteins in the cell). The researchers observed that in aged yeast cells with activated NDT80, only the changes to the nucleolus went away as a result of the cell being rejuvenated. According to senior author of the study Angelika Amon, this suggests that nucleolar changes are the primary force behind the aging process.

This information will guide the researchers in further studies of cellular aging. The next step will be for the researchers to determine which cellular mechanisms are responsible for driving the changes in the nucleolus. The protein produced by the NDT80 gene is a transcription factor (activates other genes). So, the researchers will also try to identify which other genes are turned on or off by NDT80, playing a role in the cellular rejuvenation process.

It is a large leap from studying yeast to studying humans, so while the research is promising the next step will be to see if the research holds up in the simple flat worm species Caenorhabditis elegans. The researchers may also investigate if the gene p63 in mice has similar abilities to NDT80, which would be a better indicator of the ability to translate the research into humans because humans also have the p63 gene.