If You’re the Youngest Child, Your Mom Probably Thinks You’re Shorter than You Really Are

No, really. It's science! 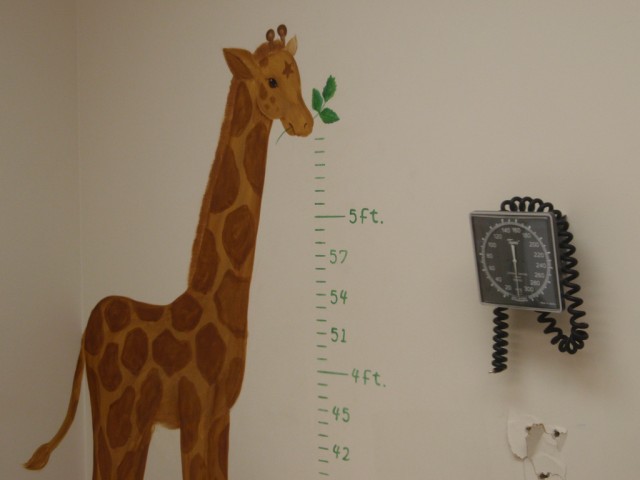 We all know that birth order has some kind of affect on how our personalities are perceived by our family members, but according to findings recently published in Current Biology, it also affects how our bodies are perceived — specifically, it makes everyone mistakenly think that the youngest in each family appears smaller than they really are.

A group of researchers from Swinburne University in Melbourne rounded up a bunch of mothers whose kids were in the 2-6 year age range and asked them to estimate exactly how tall their children were by marking a featureless wall. They then compared these estimates to the actual height of each child.

When it came to children with younger siblings, the moms usually hit pretty close to the actual height, but when they guessed the heights of children who were the youngest in their family (or if they only had one child), they fell short at an average of 7.5 cm. That’s about three inches for people who don’t know anything about the metric system, which might not seem like much, but every fraction of an inch counts when you’re four years old.

In addition to the wall-marking test, researchers also conducted an online survey of 747 mothers, 70% of whom confirmed that their first child suddenly looked much bigger after the birth of their second child.

Their write-up in Current Biology states a possible theory for why this “baby illusion” takes place in the first place: because “exaggerating the smallness of the younger child[…] would help parents to more readily distinguish relative age and importance of care at a perceptual level and allocate resources accordingly.” So basically, if a parent thinks younger child as smaller, they’ll also think of that child as more helpless and needy, which keeps them from ignoring the kid completely in favor of their older siblings.

The team also theorizes that in addition to an change in height perception, parents “could [also] notice a change in perceived age or perceived cuteness.” Yep, you heard it here first, folks — that wasn’t just 3-year-old paranoia you were feeling. Your parents really did think you were less cute after your younger siblings were born. But that’s okay, because that boost in cuteness was apparently the only thing keeping them alive, so it all works out for the best.

(via New Scientist and Current Biology, image via Joel Kramer)