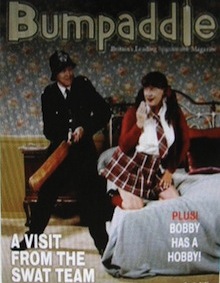 Anyone that’s been around the Internet for any amount of time is probably well aware that uploading images and videos to it effectively means losing control of those images and videos. Unfortunately, this is often something learned through personal experience. Young adults and children, which are increasingly online, aren’t exactly the kind of folks that know about this little idiosyncrasy. A study conducted by the Internet Watch Foundation into the amount of sexually explicit images and videos online of young people found that 88% of those found were on parasitic pornography websites which had culled their content from the original source.

This comes after the group put in 47 hours of research over the course of this past September into the amount of sexually explicit content of young people uploaded onto the Internet. All said and done, they found 12,224 images and videos that fit their criteria. 7,147 were images, 5,077 were videos, and 5,001 were both. The relevant statistic comes from the fact that they found 10,776 of these on websites that had taken them from their original source.

During the course of our work we encounter large quantities of self-generated sexual content which has been copied from its original location and then uploaded elsewhere to form collections, but this is the first time we’ve been able to demonstrate the extent to which this occurs.

What a comforting thought for anyone with children and the Internet.