Don’t Worry Young Ladies, Lindsey Graham Promises a Place for You in America*

*Bodily autonomy and choice not included. 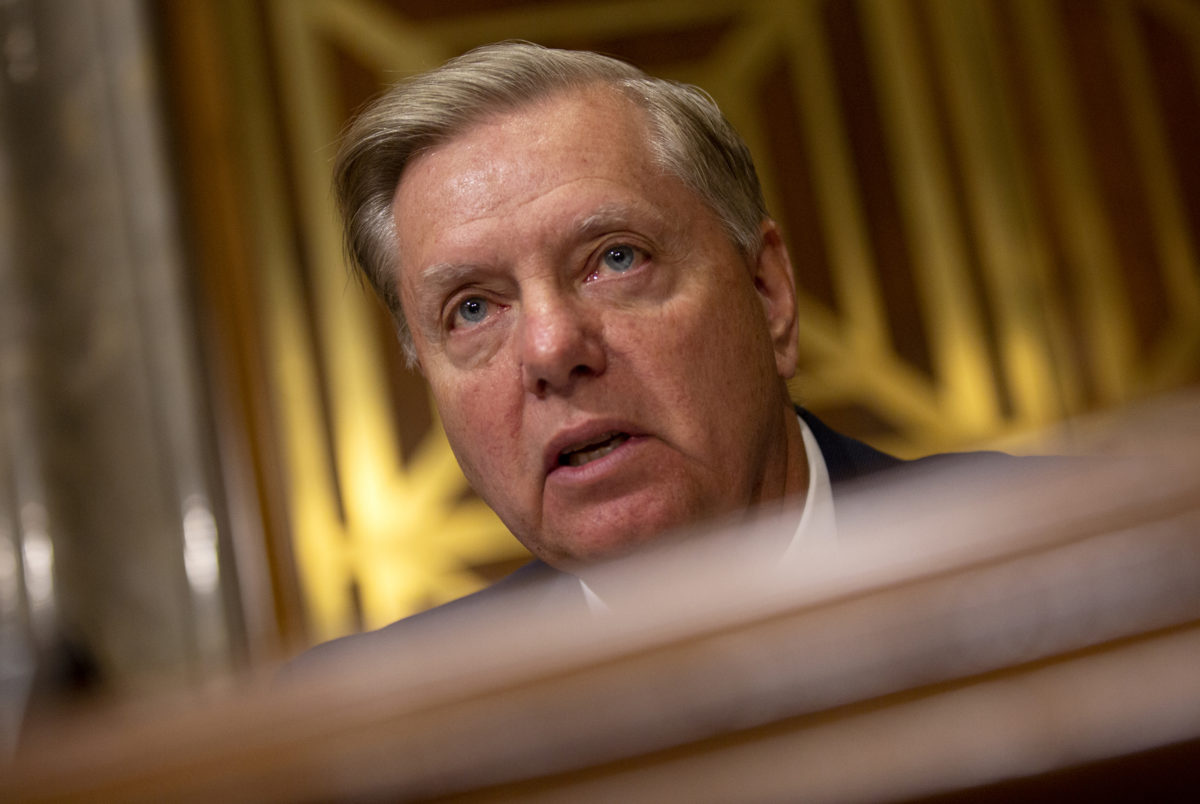 Like many of his fellow republicans in the Senate, Lindsey Graham (R-SC) is in a heated race to keep his senate seat. Graham is polling neck-and-neck with his opponent Jaime Harrison, who has shattered fundraising records, hauling in $57 million during the final quarter of the campaign. During a campaign stop in Conway, South Carolina on Saturday, Graham tried to win over voters by pointing to his support of Supreme Court Justice Amy Coney Barrett.

In discussing Coney Barrett’s appointment, Graham remarked, “I want every young woman to know that that there’s a place for you in America if you’re pro-life, if you embrace your religion and you follow traditional family structure,” adding, “that you can go anywhere, young lady.”

Sen. Lindsey Graham says Amy Coney Barrett shows young women can go anywhere in America "if you are pro-life, if you embrace your religion and you follow traditional family structure."

The term "traditional family structure" has been used to exclude and denigrate LGBTQ families. pic.twitter.com/bbpvnBdFU7

Ah yes, if you’re Christian, white, and married to a man, then America is your oyster! You too can strip your gender of its rights in the name of theocracy. Have at it, ladies!

The comments from Mr. Serena Joy didn’t go unnoticed, especially by Harrison, who tweeted “First @LindseyGrahamSC said that Black folks can do anything in SC… as long as they’re conservative. Now he says young women can have a place in America if they’re pro-life and come from “traditional families.” Any other requirements we should know about, Lindsey?”

First @LindseyGrahamSC said that Black folks can do anything in SC… as long as they're conservative.

Now he says young women can have a place in America if they're pro-life and come from "traditional families."

Any other requirements we should know about, Lindsey? pic.twitter.com/mYnluXCONd

Graham’s conception of women as willing wives and handmaids echoes Trump’s comments to suburban women about their husbands going back to work. These crusty old men are truly still living in some old white Leave It to Beaver fantasy that bears no resemblance to 2020 America. It’s embarrassingly out of touch and just plain ignorant, but those qualities are the hallmarks of the republican party.

Oh, and confirmed bachelor Graham isn’t married and has no children, so what does he know about traditional family structure?

Many took to Twitter to roast Graham for his offensive and out of touch remarks:

Then let me know when Lindsey Graham gets married, to a woman, and raises a traditional family. I'll wait. https://t.co/2v5KGj5Ffx

Of course Lindsey Graham has absurdly antiquated views of women. You would too if you’d never met one. https://t.co/EPWNhh3Ieu

-If you're a woman, you must be religious and childbearing to have a place in America.

-If you're Black, you must be conservative if you want to move freely about South Carolina.

Lindsey Graham says there is a place in America for women who are young and pro-life and for Black men who are conservative.

There's probably a place for Lindsey, too. It's not the Senate.#Vote for Jaime Harrison!

If you’re upset and appalled by Graham’s desperate comments, you can channel that anger into a donation to Jaime Harrison.