YouTube Red Delivers Sci-Fi From The Rock and Drama From Doug Liman, Because We Need More Than “Influencers” In Our Digital Content 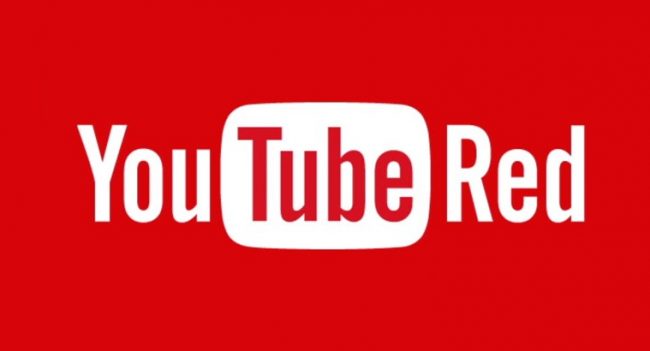 You may have noticed YouTube’s subscription service, YouTube Red (how could you ignore the incessant pop-ups on just about every video asking you to subscribe?), and its slate of digital series that capitalize on its stable of digital creators. Reality series like Escape the Night and Scare PewDiePie in addition to narrative series like Foursome have already been doing well (and have already been renewed), but now YouTube Red is looking to ramp up their programming game by reaching out to more mainstream creators.

YouTube’s Global Head of Content, Susanne Daniels, gave a keynote address at MIPCOM (an international content marketplace held in Cannes, France every year) where she talked about YouTube Red’s latest content acquisitions; both of which are relevant to our interests.

Before talking about their new offerings, Daniels said a few words about their approach to their original programming:

YouTube is a place where individualism thrives, diversity flourishes and where new genres and content formats are launched every single day. It’s where a new generation of entertainers share their personal stories to a world that is eager to listen and talk back. I truly believe this is the evolution of television – a platform where distribution is democratized, and where global communities drive what’s popular. People have asked me what’s our original programming strategy? Are we planning to mirror Netflix or Amazon’s in bringing TV to digital, or recreate the programming themes of MTV? The answer to those questions is no. Our goal is to be uniquely YouTube. And our thesis is simple: Identify YouTube’s most engaging stars and top genres, and invest in the content that fans tell us they want. In other words, let our community drive our content.

Hmm. I’m all for diversity of voices, but I really hope that the future of television isn’t programming by committee. What I love about YouTube is that it has somewhat democratized distribution. However, it’s clear that YouTube has its favorites that it pushes in favor of others. Right now, that seems to be guided almost exclusively by viewing numbers, but I hope that as YouTube Red becomes more of a force to be reckoned with, they’ll actually develop a voice of their own, rather than merely repeating back the voices of whoever happens to be watching them that day.

The first is a drama series Executive Produced and directed by Doug Liman (Edge of Tomorrow) called Impulse, which is an adaptation of the third novel of Steven Gould’s YA  Jumper series. As described by Deadline Hollywood, Impulse “features a rebellious 16-year-old girl who has always felt different from her peers and has longed to escape from her seemingly quaint small town. When a local drug dealer attempts to assault her, she discovers she has the extraordinary ability to teleport. This newfound power confirms her conviction that she really was different from everybody else, but it now makes her the focus of those who want to control her.”

16-year-old girl with superpowers? I’m down. I just which she wasn’t yet another female superpowered character whose origin story involves assault. Harumph. Still, this sounds like it could be my bag. Liman will be producing with David Bartis and Gene Klein (Suits), and the pilot is being written by Jeffrey Lieber (Lost, NCIS: New Orleans). I could point out that this story about a 16-year-old female protagonist comes from a male author and is being written, produced, and directed by mostly men, but…oh wait. I did just point it out.*

The second project Daniels announced is perhaps a little more intriguing. Dwayne “The Rock” Johnson and Dany Garcia’s Seven Bucks Productions, and Studio71, the digital entertainment company and multichannel network of ProSiebenSat.1 are producing an eight-episode sci-fi series called Lifeline. Deadline Hollywood describes this one as “about a little known life insurance company that sends its agents forward 33 days in time to prevent the accidental deaths of its clients. The company’s best man, Charlie Hooks, has never missed a save – until one case changes his life forever.”

Well, that’s one way to avoid paying a claim!

It makes sense to me that YouTube is reaching out to established, mainstream creators to bolster their YouTube Red offerings. Social media “influencers” are great, but how much of their success is due to them actually being marketable and monetizable, and how much of their success is due to their channels being free? After all, I’m subscribed to a bunch of YouTube channels that seemed cool at the time, but that I haven’t actually watched in years. So, is my subscription counting toward determining whether a creator is an “influencer?” And should it? And does subscribing to someone’s free YouTube channel translate often enough into paid subscriptions to YouTube Red?

This doesn’t seem to be concerning Daniels, who said that not only have fans of popular YouTubers been coming to YouTube Red, but that the reverse is true as well. According to a press release, she said:

Over the last year, we’ve seen our original series become one of the leading drivers of YouTube Red subscriptions, with viewership that rivals cable shows in the US. Over half the time people spend watching Originals is on their mobile phones. And in the living room, we’re seeing Red members watching over 75% percent more YouTube on their TVs than the average YouTube viewer. We’re also seeing a virtuous cycle between YouTube Red and our ad-supported experience, with creators featured in Originals seeing a significant boost in YouTube subscribers and watchtime on their main channels as well – often from new fans.

If that’s going to continue to happen, YouTube would be wise to continue to reach out to mainstream creators to create alongside more independent fare made by YouTubers. Not to replace it, but to bolster it and add to the quality of the service’s offerings, as well as to draw in viewers that might not be into folks like PewDiePie. We need talented creators, not “influencers.” After all, I’ve yet to subscribe to YouTube Red, but if they continue to offer original content from people I know outside the YouTube space? I might have to check it out.

*And I’ll keep pointing it out until it stops being a thing.