Yoga and Meditation May Induce Instant Changes to Genetics 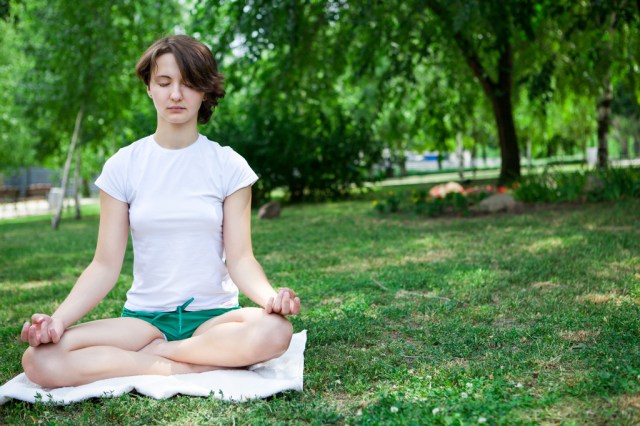 Researchers may have a new clue as to what’s behind the feelings of well-being that come with activities like yoga or guided meditation. A new study shows that these forms of practiced relaxation have the potential to change which genes a person is expressing almost instantaneously. One yoga session is not going to alter your genetic structure and turn you into a superhuman, of course, but it could influence the function of genes associated with metabolism and immune system function in a hot second, which, really, is weird and surprising enough for our tastes.

Plenty of previous studies have shown that practiced relaxation can be physically beneficial, but the mechanisms by which it produces benefits — such as a reduction in hypertension — have remained a mystery. A study published this week in the journal PLOS ONE suggests that those benefits may come from deep inside our DNA.

Researchers at Beth Israel Deaconess Medical Center took multiple blood samples from a small group of test subjects who had little prior experience with relaxation practices. Comparing over 22,000 different genes at points when subjects were going about their normal day to when they were practicing relaxation, the team found that blood samples taken during relaxation indicated increased activity in genes that regulate energy metabolism, while gene pathways that regulate inflammation and stress at a cellular level were suppressed. That’s not concrete proof, but it does make one suspect that the benefits of meditation are more than just blowing off some steam and taking a moment to yourself.

While this isn’t yet proof that meditation can change gene expression — lots of further study will be needed to demonstrate that convincingly — it’s a pretty intriguing indicator that the physical benefits of just taking a step back and a couple of deep breaths could go right down to our DNA. So congratulations, hippies. You might have one good point. Don’t make a thing of it, okay?