Yo, Lionsgate: Maybe Turn These YA Books Into Movies Instead | The Mary Sue

Yo, Lionsgate: Maybe Turn These YA Books Into Movies Instead of Making More Hunger Games or Twilight 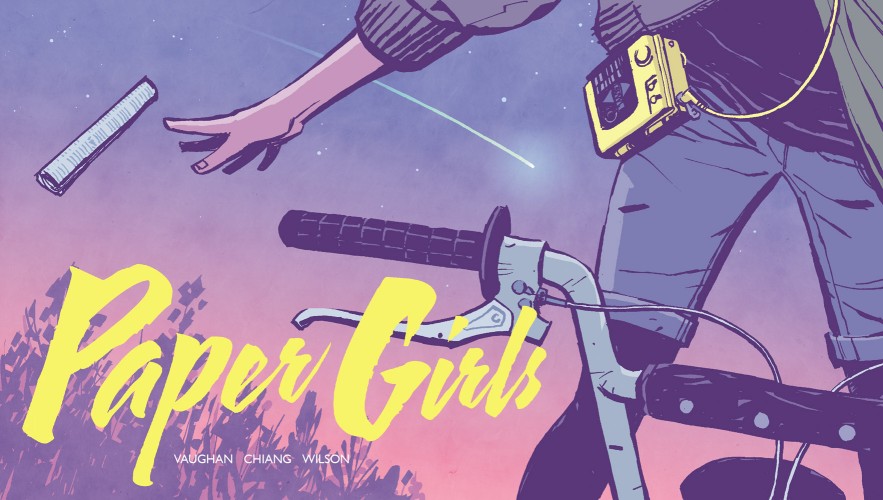 Recently, Lionsgate announced that they were looking into telling more stories based in the Twilight and Hunger Games universes. While each of those movies certainly have earned and deserve their fandom, we here at The Mary Sue believe that there are quite a few more Young Adult novels that deserve a look. After all, the market is flooded full of franchises starring able-bodied, conventionally pretty white women. Maybe it’s time to give everyone else a turn, as opposed to going back to stories that have already had their chance to tell their stories. There are just so many more universes out there to explore.

So, we’ve decided to share some of our own YA novel suggestions for movies that we thought could use their own movie franchises. 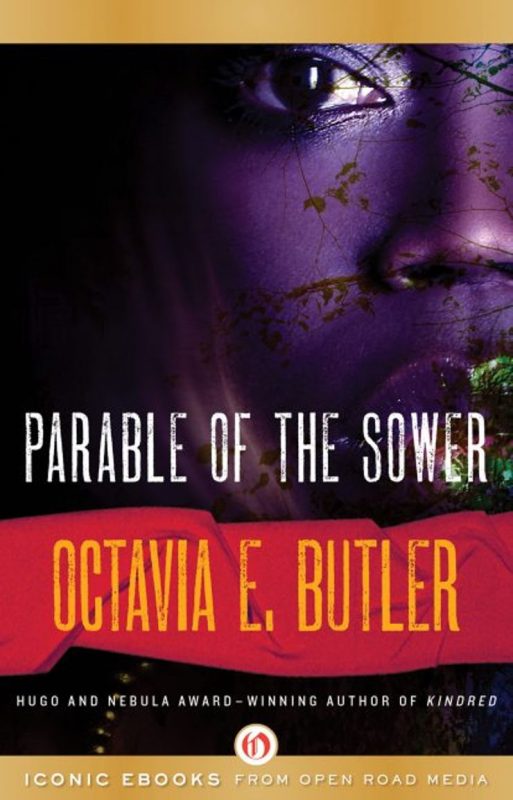 This two-book story isn’t classified as YA, but it IS sci-fi/dystopia that centers around a young woman. A young woman of color at that! Could easily be a starring vehicle for Yara Shahidi, Amandla Stenberg, or Willow Smith. And you’ll want to get on that Octavia Butler tip, because adapting her novels is gonna be the next big thing. (Teresa) 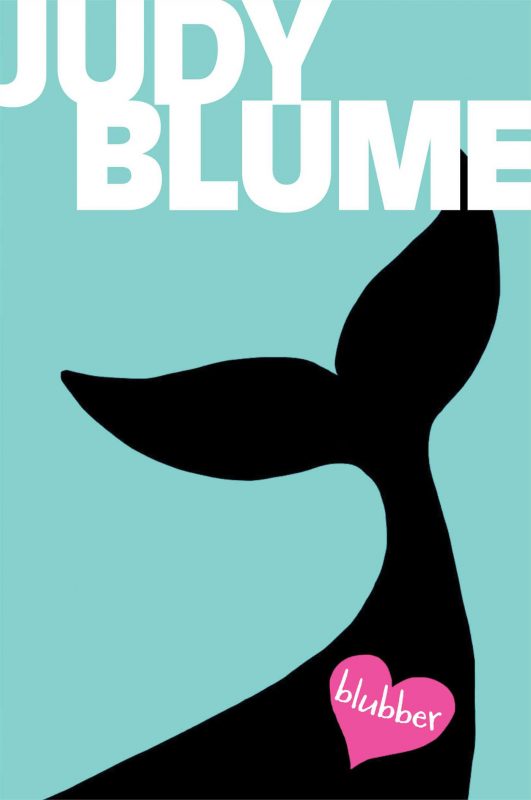 Not all YA adaptations have to be sci-fi/dystopias. Blubber is a Judy Blume classic that’s never been adapted. Why? Probably because it’s in large part about a fat girl who gets picked on, and fat girls don’t get to be heroines in movies. Until now? (Teresa) 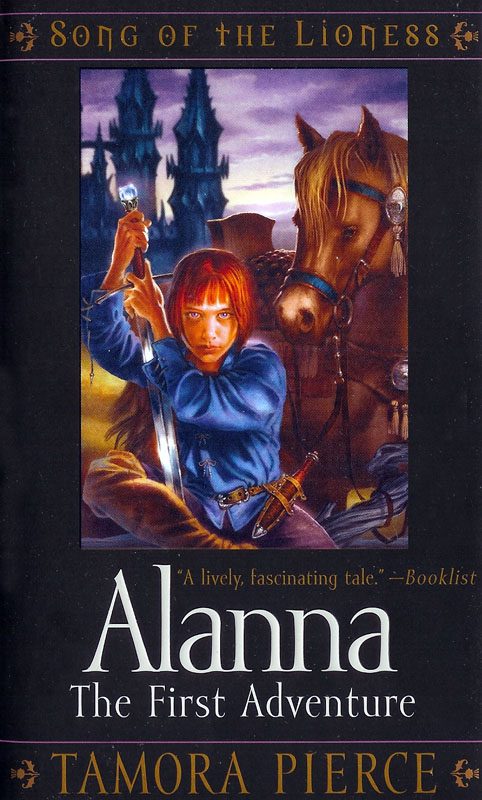 While folks may very well be tired of fantasy, it might be nice to delve back into the genre with Alanna: The First Adventure. The story is about a young girl, Alanna, who wants to become a knight, except she lives in a world where that’s forbidden for women. Her brother Thom, wants to learn magic, against his family’s wishes. So they conspire to trade places, with Alanna disguising herself as a boy named Alan, and Thom setting out to learn how to become a sorcerer. It’s a very Mulan-esque story, but I think the high fantasy elements might do enough to set it apart from similar stories that have come before. (Jessica) 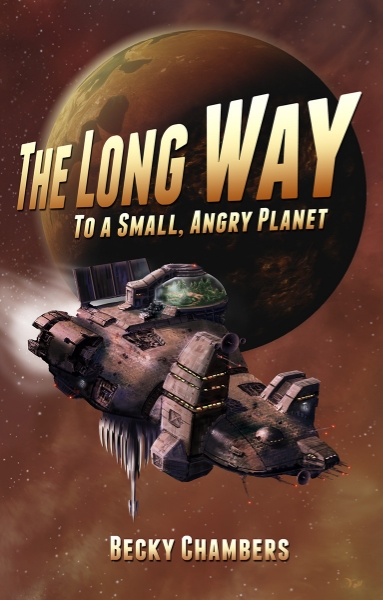 The Long Way to a Small, Angry Planet – by Becky Chambers

Though if we are just going to double down on sci-fi, why can’t we have it be some great, funny sci-fi? Yes, this might come off as a little biased here because Becky Chambers previously wrote for us here at TMS. But The Long Way to a Small, Angry Planet has got heart and a cast that will totally win your heart over. You ask me, it’s screaming to be made into a movie. (Jessica) 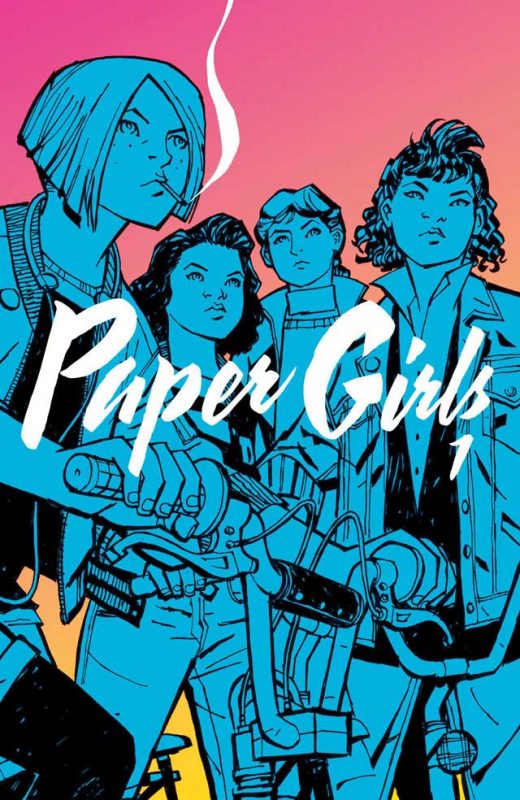 Okay, this might be kind of cheating, but Paper Girls is just so good that I think it totally deserves a full-on movie treatment. (If not, then a television show maybe??) But many folks have described Paper Girls as the near-predecessor to Stranger Things, except it stars a group of rad, unforgettable paper girls who uncover a sci-fi time traveling mystery that will keep you in suspense in all the best ways. The story is gripping, but so is the book’s style, which can be attributed to artist Cliff Chiang and colorist Matt Wilson. It’d be a challenge to replicate on screen, but if done properly, could be something truly unforgettable. (Jessica)

So that’s our list! What other YA novels do you think Lionsgate should take a look at?