Yesterday, Everyone Was Sharing Trans Books Just Because, as We Always Should 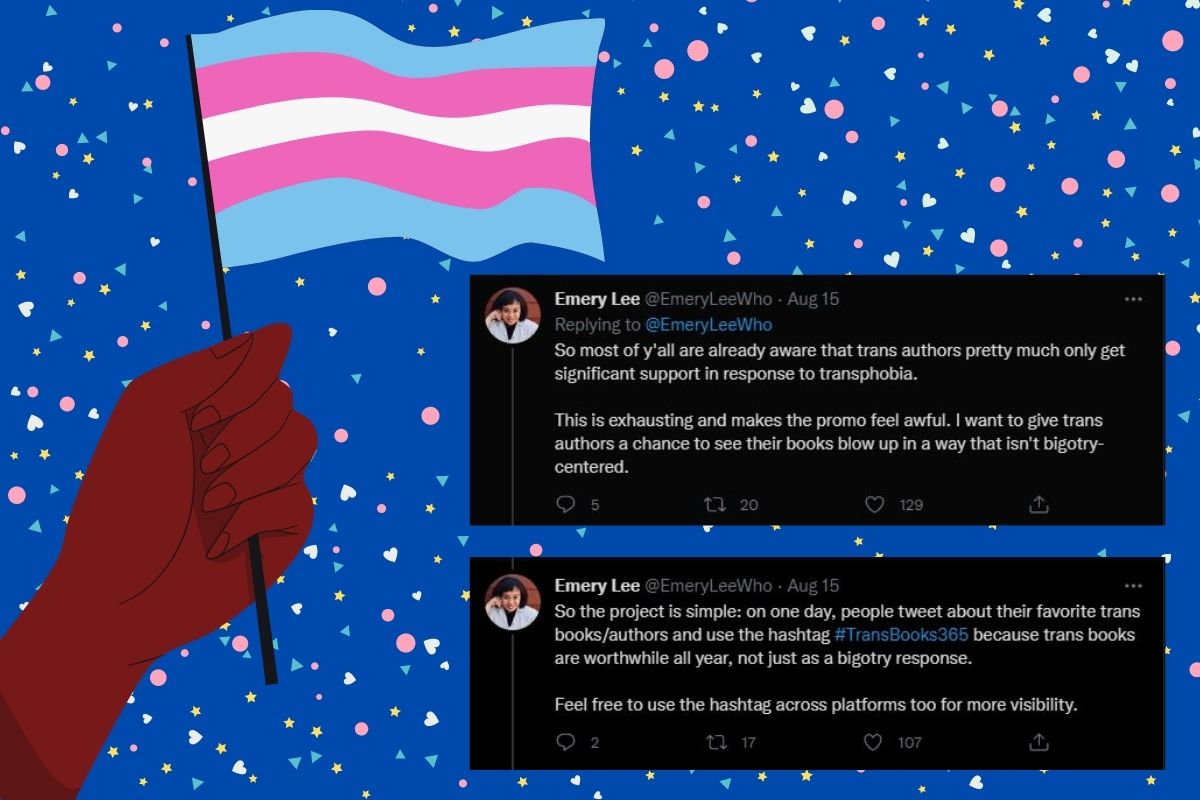 Late in the afternoon yesterday, there was a steady stream of tweets on my timeline sharing books under the hashtag #TransBooks365. Each of the titles was a book by a trans author, and many featured trans characters, too. Most of the time this kind of targeted uplifting happens, it is for “a reason.”

On the positive end, this can be coordinated with a national/international acknowledgment—for example, March 31 for International Transgender Day of Visibility, June for Pride Month, October for LGBT History Month, and/or November 20, International Transgender Day of Remembrance. There are more, but these are the most common. There is no shade to doing this, as long are you are sharing and reading the work of trans authors beyond these times of year, as well.

On the negative end (and what feels like most common), there is someone influential saying something transphobic—for example, J.K. Rowling’s misinformed manifesto summer 2020 or Target, Amazon, and the American Bookseller’s Association, all in hot water at one point for promoting books that call gender non-conformity a mental illness in summer 2021.

So most of y’all are already aware that trans authors pretty much only get significant support in response to transphobia.

This is exhausting and makes the promo feel awful. I want to give trans authors a chance to see their books blow up in a way that isn’t bigotry-centered.

This absolutely is an issue and doesn’t just apply to the trans and LGBTQ+ community. It forces authors to have to balance both the joy that their book is bringing and the guilt that that their book is only trending because something bad likely happened. They are profiting off someone’s pain—someone in their community. This support is also fleeting, too.

This is why, upon the news that Akwaeke Emezi is releasing three books in the next 12 months, I ran to share why everyone needs to be reading their books. I have only read The Death of Vivek Oji so far, but that book has also made me a fan for life. There was no need to wait until the next moment of transphobic controversy to share that. To be honest, being online, trans or cis, will show you that there is transphobia every damn day.

Here are some of the tweets shared today in the spirit of Lee’s wish:

When I discovered I was trans a few years back, I found myself in tears bc I couldn’t pick up a single book about people like me or the people I love. Now, this is what I can pull off my bookshelves in just a minute.

I’m honored to be able to join them. #TransBooks365 pic.twitter.com/5Ne1EgxJNF

Trans authors (like cis authors) are writing in every genre, from contemporary romance to space fantasy:

I recommended some recent/new trans books by other authors here: https://t.co/DjWsQPlgWJ

I’d also add The Witch King by @heedgmon as one that I loved recently.

Some people shared books to a specific trans experience so like authors/characters who are non-binary, women, men, and more.

~ex-prince hijra (trans/nonbinary) courtesan going up against the world to claim her crown
~High Fantasy in a Desi-inspired setting
~fantastic flying creatures that breathe fire or lightning or acid!!! pic.twitter.com/ONR1j1Q7if

While YA gets a lot of attention, there are also adult books with trans characters, just like there are for middle grade and children.

If you’re looking for Adult books with trans characters (I always, always am) and keep getting lists populated exclusively with YA—here you go 🧵⬇️🏳️‍⚧️#TransBooks365 https://t.co/d7TksQh1dl

Lee himself is a trans author with a book, so of course we gotta talk about that. His debut YA Meet Cute Diary is the story about how Noah Ramirez’s blog about trans happily ever afters, Meet Cute Diary, gets exposed for being fiction when Ramirez was selling it as fact.

First, a lot of thanks to @EmeryLeeWho for creating the #TransBooks365!
I read eir book, Meet Cute Diary, as soon as it came out, after anticipating it for months, and it did not disappoint!
2/? #TransBooks365 pic.twitter.com/QvehDRGF4z

Here are some of my favorite books by trans authors, aside from Emezi: 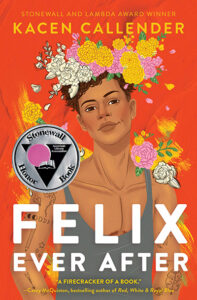 First off, Felix Ever After by Kacen Callender is a must. The YA novel features a boy, post-op and in a prestigious art school, who was recently outed as trans. In addition to relationship/friendship drama and other school stuff, he is trying to figure out who did it by catfishing possible suspects. It is messy, but the characters feel very real and immature. Callender’s book was one of the best books I read in 2020. 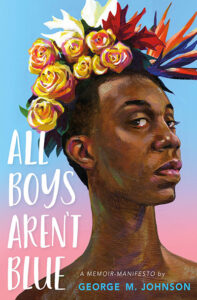 Another book I absolutely adored this past year is All Boys Aren’t Blue by George M. Johnson. Their memoir-manifesto speaks directly to Black queer boys and covers topics such as family, consent, joy, gender identity, toxic masculinity, brotherhood, and Black boy joy. Whatever expectations you have of those words, put them aside as you dive into this beautiful book. Soon, we will have a TV show based on the book, since Gabrielle Union’s I’ll Have Another Productions is developing it with Sony Pictures TV. 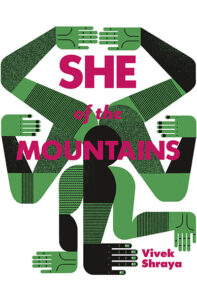 I really enjoyed She of the Mountains by Vivek Shraya (better known for their 2020 novel The Subtweet), too. This story follows young Canadian boy who is struggling with his sexuality through adulthood and is interwoven with retellings of Hindu mythology. Though I am ill equipped as far as my knowledge of Hindu mythology goes, the story was still very accessible and lyrical.

While the audiobook for She of the Mountains is great, if you can, opt for the eBook or physical. There are large illustrations throughout the book similar to the cover design.

Emery tweeted that while the hashtag was intended for Monday, he encourages it to be used all week and on all platforms. While it may get more attention in use this week, if used in perpetuity, the hashtag can serve as an informal database for books by trans authors, for everyone to use.

If any of these look interesting to you, add them to your StoryGraph TBR and get recommended more books!