Stop Using Goodreads and Try This Non-Amazon Alternative Instead

After a year of use, I have thoughts. 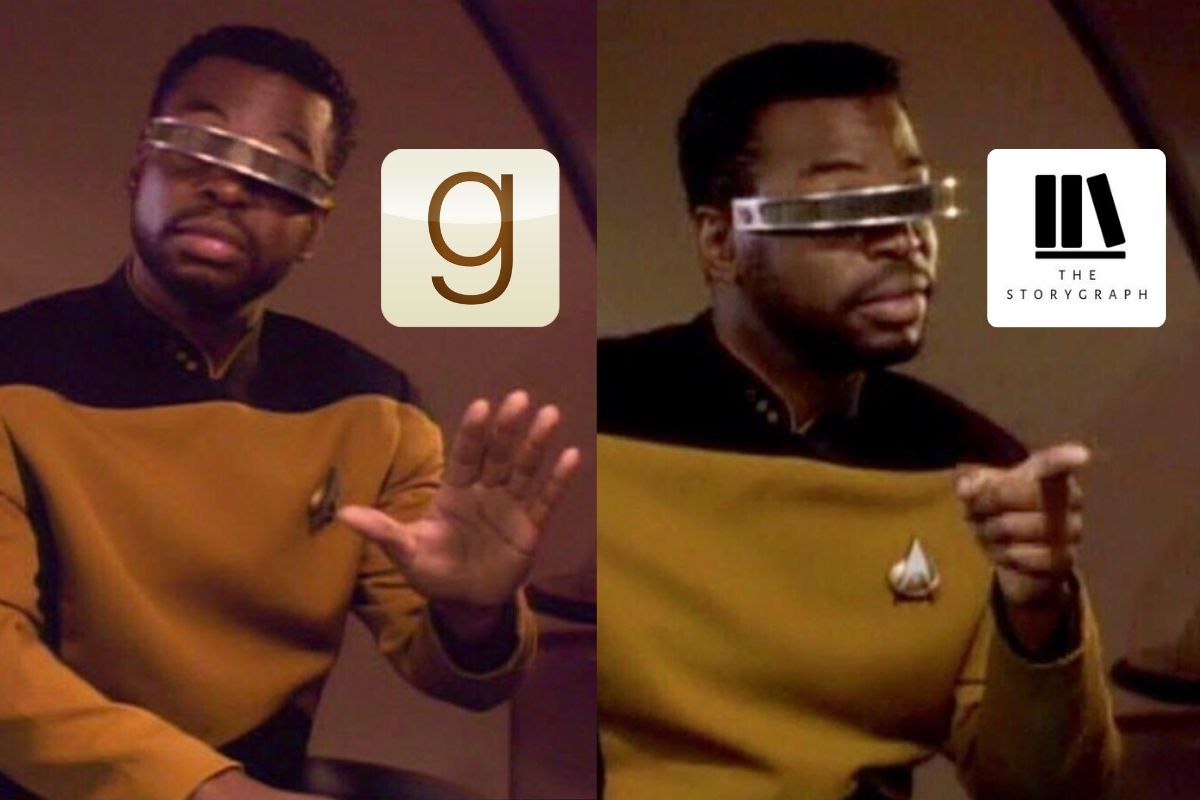 A few years ago, when I dove back into reading more regularly, I found Goodreads. While it looked a little dated, it appeared to be the watering hole for all the book nerds. This was years before I found all my favorite BookTubers and joined that community, too.

At a glance, Goodreads also had a lot of cool features beyond record-keeping and book discovery. You could connect with friends, participate in giveaways, and see (in some instances) authors’ notes on specific parts of their books. After longer than I care to admit, I eventually noticed that Amazon owned the site. Unfortunately, Amazon bought Goodreads in 2013.

Amazon not only started as a bookseller, but owns several sections of the book ecosystem outside of the main site. In addition to Goodreads, Amazon owns the Book Depository, Abe Books, ComiXology, Booksurge, Shelfari, Brillirance Audio, and more. There is also, of course, Audible, Kindle, and Amazon’s other in-house services.

This discovery about Goodreads came in 2018, when the stories about Amazon workers having to pee in bottles began to surface and I finally canceled my Prime subscription. The price and two-day delivery came in clutch as an undergrad, but I started to understand the human cost of that convenience. Despite objections with the parent company and scaling back my usage ten-fold, I continued to log into Goodreads. I convinced myself that a little bit of reading data would be worth using the site. It’s not like I was going to click on any “buy” buttons.

When I began watching BookTube in summer 2020, Seji (a.k.a. The Artisan Geek) brought to my attention a fast growing, independent, and ad-free book site called The StoryGraph. While it was still in development at the time she made this, there is still a stark difference in the layout and UI between Goodreads and The Storygraph.

Even though I had only used Goodreads for two-ish years at that point, I was concerned about losing all my data from that site if I made the jump to StoryGraph. However, StoryGraph can port over all your reviews in a few steps. It warns that the process could take a few hours to transfer (on their end, not the user’s), but it took minutes for me.

With over a year of use under my belt, I find myself gravitating towards StoryGraph because (beyond ethics) it provides a better space for introspection and discovery. The very detailed data chart rivals my own excel spreadsheet of reading habits info-wise, but blows me out of the water with the graphics of reading stats. Beware, you could lose good reading time just ogling at the charts. I have tried to set monthly goals with specific books with little success because I am a mood reader and StoryGraph caters to that.

StoryGraph may lack the social element of Goodreads (its biggest critique around the web), but that is fine by me. From what I have seen and read, they want to slowly introduce that, and I do think there is more that could be done on that front. However I think by limiting it, the site becomes more accessible to younger readers and feels less competitive. Goodreads opens to what others are doing and where everyone is at with their goals.  That is fine and many have found community in that, but browsing comments and other interactions, it feels like a Facebook for books. The StoryGraph opens with books and is book-centric.

A community-centered feature I do like is the reading challenges. Aside from your yearly reading goals, you can participate in user-made challenges. Each time you finish a book and mark it off on that list, the book is added to a collection of books for that prompt. For example, in the Native Literature Challenge 2021 (which I am very behind on), hosted by NativeGirlsReading, I completed the fourth and final prompt, “A Short story collection or a short story,” with Stephen Graham Jones’ 2020 novel The Night of The Mannequins. If another participant is looking to complete that prompt, they can see all the books added to that list.

A fan-favorite feature (that I feel like I use the least) is the “recommend” feature. When using the book recommendation feature, you can search by length, mood, pacing, type (fiction or non-fiction), and genre. You can filter out books you own and books that are already on your to-be-read (TBR) pile–dangerous, but you can do it if you want. Further narrowing down your recommendations are the reading preference set up upon signing up. These can be changed at anytime.

A few months ago, The StoryGraph launched a full mobile app with great success. I almost exclusively use the app now.

We're excited to announce that The StoryGraph is now in the Apple App Store! 🥳

(And for all of our Android users — our Play Store app should be live in a matter of days! 🤞🏾) pic.twitter.com/dryz41mNlx

My belief in The StoryGraph is to such a degree that not only did I join in beta, but I paid for the service as an “early bird” supporter at the start of the year. Once the site/app launched in February, the regular price began at $4.99 a month, or a discount of $49.99 for a year. The app is free. However, I wanted to support the organization, give the bird to Amazon, support a Black-owned/women-owned business, and get the extra perks.

These extra perks include the ability to compare two data sets side by side, give personalized suggestions from my already never-ending TBR pile, shape the roadmap for upcoming features, and get priority support (which I don’t think I have ever used). Of all of those, I use the data side-by-side and the roadmap the most—the data because I am a nerd, but the roadmap is more than that and is not discussed enough.

The roadmap shows which features/fixes are coming down the pipeline. It is organized as “Coming Soon,” “This Week,” “Shipped,” “Medium-term,” “Long-term,” and “ideas.” Anyone can look at the StoryGraph roadmap, but paid users can vote and comment on it. This level of transparency so valuable for readers and unthinkable with a large or public company.

The roadmap’s existence addresses some of the core issues with Goodreads, which is there appears to be no app investments for users unless it will directly lead to sales. The blogs and lists are cool, but again that promotes books Amazon encourages you to purchase from them.

As a newer site, The StoryGraph hasn’t been without its growing pains. Recently, the discussion (again) came up on the fact that reviewers are quicker to put content warnings on works by marginalized authors than their privileged counterparts—sometimes, for things that are not even in the book. Because StoryGraph allows users to submit content warnings (ranging from minor to graphic) in reviews, they were brought up.

Major authors like Silvia Moreno-Garcia (Mexican Gothic), Kalynn Bayron (Cinderella Is Dead), Adiba Jaigirdar (The Henna Wars), Aiden Thomas (Cemetary Boys), and Carmen Maria Machado (In The Dream House) discussed instances in which their books were tagged with content never discussed or that ran contrary to the story.

What I’ve seen happen most commonly with warnings is that when it’s something people like, they’ll read it anyway (like a superhero show, etc). But when it’s some author of color or minority writer, it immediately becomes an impassable hurdle. So Beloved, can’t read it–

While, like Moreno-Garcia said, this is emblematic of a racist system, StoryGraph actually addressed the issue immediately.

We’re very sorry about the harm or trauma caused to readers and authors alike around inaccurate content warning tags.

We’re taking it very seriously and are working on updating our system right now to address this.

They reached out to authors and readers (privately and publicly) about this problem and came to the solution of dividing these warnings into either author-approved or user-submitted. Authors or their publishers can submit these warnings directly to StoryGraph. On the roadmap, there are also discussions about how to best tweak and use the content warning feature, as well.

All of this was done with a small team and was user-focused. By small, I mean there are just founders Nadia Odunayo and Rob Frelow, plus some volunteers called “librarians.”

After my yearly Goodreads infographic for 2021, I’m done with the site forever. Like Seji, it will become a landing page to direct people to find me on The StoryGraph. The pros outweigh the cons even before accounting for the irreparable damage caused by Jeff Bezos and Amazon.