Sony Xperia Play To Get Minecraft As Timed Exclusive 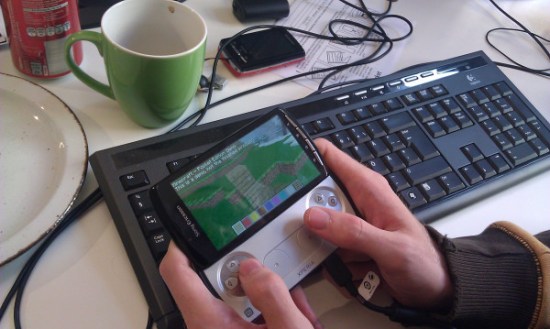 The Xperia Play, otherwise known as the PlayStation Phone, has officially landed one of the hottest games in recent memory as a timed exclusive for the fledgling platform: The Android version of Minecraft will hit Sony Ericcson’s platform as the first mobile version of the indy game that sold a million copies before it even left beta.

The Xperia Play version of Minecraft will receive “optimizations” to have it run well on the smaller screen, as well as so it can be played more efficiently with the iconic PlayStation button layout. A release date and more specific details of the port have not yet been disclosed, nor has the length of the timed exclusive period, but an iOS version and Android version will hit other phones once that timed exclusivity is up. 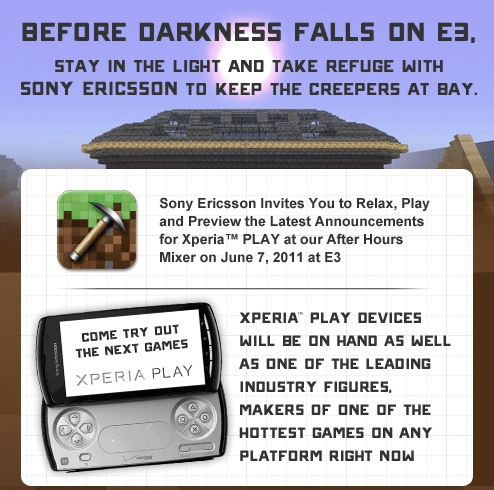 The above picture is Sony Ericcson’s E3 Xperia Play tease, which is so on-the-nose, anyone in the gaming world can easily see through the “clever” wordplay and slightly different graphics. The Xperia Play is launching this week, so early-adopters and block-architects will hope the timed exclusive launches shortly after.

Though landing the biggest indy game in recent memory as a timed exclusive for a new platform is a smart move by Sony, one can’t help but wonder exactly why a portable gaming device that is severely underpowered for gaming when compared to other portable gaming devices is the first non-PC platform to land the indy hit. Both Sony and Mojang would probably benefit much more if Minecraft released on the PS3, a system that has proven console-to-PC cross-platform play can work seamlessly and without much issue, which could allow PS3 owners to play Minecraft with their PC-builder brethren.

It has always been a mystery to me as to why news regarding Sony, Microsoft or Nintendo setting their sights on Mojang hasn’t been leaking since Minecraft took over the Internet, but hey, I guess a semi-obscure mobile gaming platform is a better place to start than no platform.