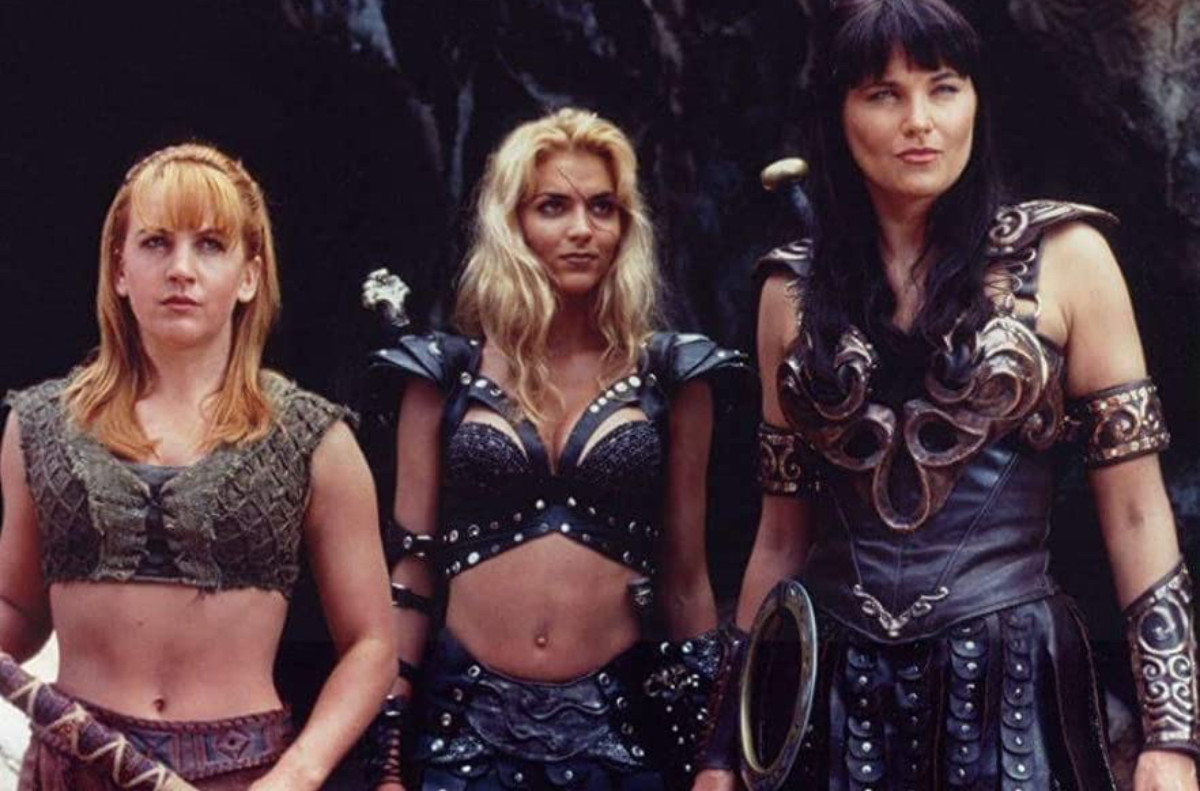 Xena: Warrior Princess is one of the pillars of my identity. Before I knew what feminism was, or what queer identity was, Xena was stoking the embers of what would be the many intersections of my identity. While many shows in the ’90s and early 2000s, like Buffy, Alias, and The X-Files, had female characters in genre television who kicked ass, Xena was special to me.

A former warlord who was now committed to righting wrongs, with her “best friend” by her side, Xena was what I had always imagined Wonder Woman to be: strong, beautiful, leather-bound, and an unstoppable warrior. A heart of gold under multiple layers of a bloody past, Xena: Warrior Princess defined what female characters could look like in my mind for all time.

Lucy Lawless as Xena is just one of those roles only one person could have done. A lot was asked of Lawless in playing Xena, a former warlord with the blood of countless people on her hands, who was a mother, a friend, a hero to many, but a villain to others. Comedy and drama went hand in hand, and Lawless did it seamlessly. It helped that, with fantastic eye-acting, Xena could easily switch between intimidating, seductive, playful, and full-blown comedy.

As a character, the thing I come back to about Xena is the fact that she wasn’t always a good person. So often, in fiction, women get the choice to be good or bad and nothing in between, and for someone like me, who often rooted for the bad guy, Xena was the perfect blend. The entire show is one long redemptive arc for her—one that she knows can only “end” when she dies. Xena never forgives herself for the things she has done and has dedicated her life to a form of ancient times restorative justice by helping the very people she would have once tried to harm, but even that comes with sometimes dipping into the pool of darkness in her soul.

Gabrielle starts off the series on the opposite alignment from Xena. She’s goodness, all the way through, and feels stifled in her hometown and wants adventure in the great wide somewhere with an Amazonian woman. I mean … don’t we all?

While part of the role she plays in the series is being someone who calls out and helps Xena fight the darkness of her past, Gabrielle has to deal with not walking into it herself. As she evolves from a small-town girl to a travel companion, to the Queen of the Amazons, Gabrielle tries to do so without killing—without seeking to do harm. This gets tested again and again, especially with Callisto, so that when Gabrielle eventually does kill, it is not just a casual moment. It is a place that has come after years of fighting not to do so. Gabrielle and Xena have lasted and are so iconic because they are both on character journeys to be the best they can in a dark world.

Xena didn’t let its characters exist only in archetypes—neither their heroes nor villains like Callisto or Ares.

More than anything, what I remember most about watching Xena was watching it with my mother. She was a nerd too, and on wash days, we would be together all day long watching Xena. I remember both of us getting too caught up in the show to focus on my hair—the ways she loved Xena’s fierceness and individuality, the way she never seemed to comment on the close relationship between Xena and Gabrielle in a negative way. Those were among the memories that made me feel safe to come out to my mother many years later. Even now, I’ll tease her that she was responsible for me gay awakening because of all the Xena we watched.

Countless queer folk can look to Xena as part of their blueprint and have built upon its subtextual foundation into more explicit exploration in comics and other media. Xena is not a perfect show when it comes to mythology, history, and continuity, but that’s fine. I came to Xena for the way it posed complex moral questions, for the amazing female villains, the relationship between Xena and Gabrielle, and most importantly, to be in awe of a Warrior Princess who taught me that strength, beauty, darkness, light, queerness, and kindness could exist within one person.