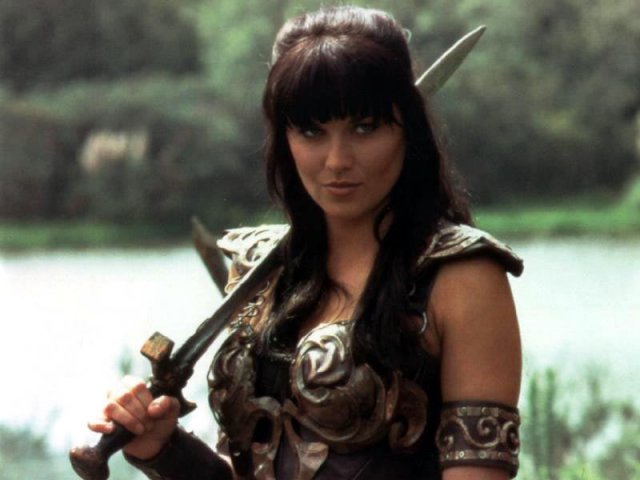 Just as we thought we had all the Xena: Warrior Princess news we thought we were likely to get in a day, we noticed that not only does Lucy Lawless want to be in a Xena update, but one is actually happening. Cue running around the house screaming at the top of your lungs and breaking lamps with a frisbee!

Sadly, the project is still just in its early stages at NBC according to The Hollywood Reporter, but original executive producers Rob Tapert and Sam Raimi are in, and there’s talk of a role both in front of the cameras and behind it for Lawless, despite the idea being a “modern reboot.” THR also mentions how the original show was a spinoff of Hercules: The Legendary Journeys, which I had completely forgotten and switched around in my head so that Hercules was the spinoff, because that’s how great Xena is.

Other details are still scarce at this point, but they’ve apparently been inspired by Katniss in The Hunger Games and want a sophisticated and smart superhero for a new generation. Maybe Xena’s graduated to Warrior Queen, and her daughter will continue her proud ass-kicking radition?