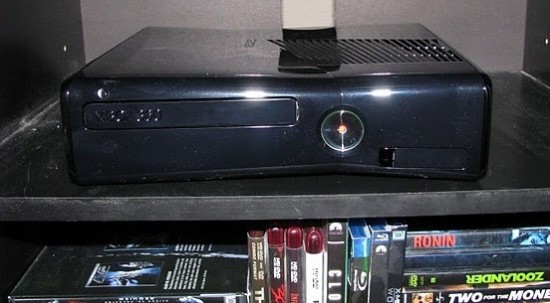 The Red Ring of Death is aptly named. After all, it’s red, it’s a ring, and it signals the death of your console. But what name will be devised for the new system? It’s a red dot that appears in the center of the power button, but it does not tell of a death already suffered. It is a warning of one to come. One that, supposedly, the machine will then take measures to prevent.

When the red dot flashes, the console is just beginning to heat up a bit more than seems safe. Apparently being allegedly quiet as a whisper doesn’t mean they found a better, quieter fan. Anyway, the console will then present the below message informing you that you’d best turn off your console or else it will die forever. And by informing, I may mean mandating, because there doesn’t appear to be any alternative action. 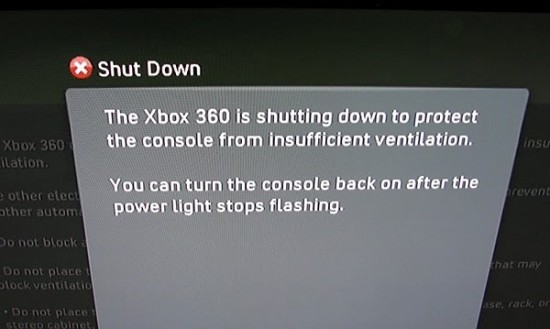 Well it sucks that we’re already seeing the overheating problem from XBox’s brand new baby, but at least we won’t see as many dying consoles, right? Just shorter play times so people can go outside and get healthy, right?

According to a MaxConsole report, one “self confessed Xbox fanboy” has encountered and filmed the problem of his new XBox overheating, and he didn’t get a warning. Instead, he got irritating lines up and down the screen. Here is the text of his warning to the masses!

“I am an good xbox fanboy and have 4 Xbox 360 which ever versions they released. So I was playing Call of duty modern warfare 2 for 1 hour then suddenly started to show this lines on my screen. Oops Microsoft making an 2 in 1 chip wasen’t an good idea basically microsoft built GPU and CPU in one chip and suddenly started to overheat. I aren’t bragging but I want to show the consumers that Microsoft still aven’t fix the problem of overheating and no need to upgrade.”

Perhaps this isn’t the most trustworthy report ever seen, but combined with other news of the red dot and overheating, it isn’t farfetched either. Below is the video showing the lines on the screen, then shifting back to the XBox in case we forgot what it was about.

(Via NeoGAF via Engadget and via MaxConsole)