XBox 360 Coffin: For When the Red Ring of Death Tolls 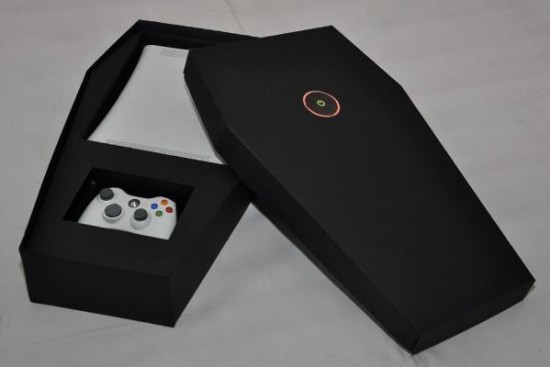 Designer Alexis Vanamois has wrought this XBox 360 coffin. When the Reaper — or the Red Ring of Death — comes to take your console, as it will to between an estimated 23% and 54% of 360s, you can use it to pass your 360 along to the other world.

As visually pleasing as it is, we’re not sure why you’d bury a presumably functional, $50 controller with the RROD-afflicted XBox; maybe it’s a 21st century Ushabti?