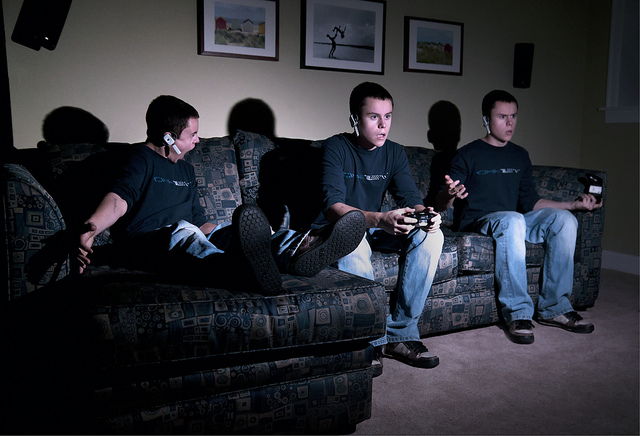 Christmas is canceled. Well, if you got an Xbox or PlayStation console, it might feel that way. Both systems’ online gaming networks are still experiencing trouble today after they were downed yesterday by “hackers.”

Why is “hackers” in quotes? Because the group claiming responsibility is a nebulous bunch of trolls called “The Lizard Squad” that specializes in Distributed Denial of Service (DDoS) attacks. DDoS attacks are nothing more than spamming a server with an obscene number of incoming connections that eventually overload it and bring it down. There is no real “hacking” involved.

It’s a technique that does maximum damage with minimal know-how, and it’s a shame that it still seems to work so well. In the case of Xbox Live and PSN, players were having trouble connecting all day yesterday, which even amounted to some people not being able to play at all online or off.

Imagine if Microsoft had kept their original “Xbox One needs an Internet connection” plan to function? *Shudder.*

As of today, it seems that Xbox Live has come back up for the most part while PSN is still mostly down, but both are reportedly experiencing persisting issues. In tweets from a now-suspended @LizardPatrol Twitter account, The Lizard Squad threatened this action a good deal of time beforehand, so it’s still a mystery as to how Microsoft and Sony managed not to do enough to prevent it.

Attacks were stopped around 2 hours ago, the current downtime is just the aftermath.

The attacks themselves are supposedly over, so things should return to normal soon, but this never should have happened at all. Hopefully the outrage of a ruined Christmas will be enough to finally get something done about these overgrown trolls.