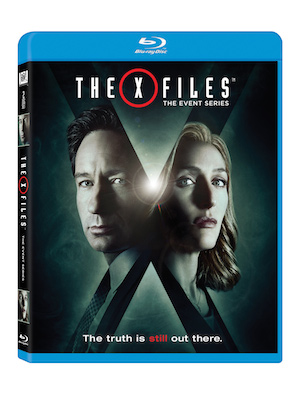 The return of The X-Files as a six-part miniseries on FOX was met with high anticipation followed by severe mixed feelings. Still, it was good to get the band back together, and for X-Files fans, there’s really nothing better than picking apart the show’s conspiracies, as well as the relationship between Fox Mulder and Dana Scully. Now, you can celebrate the U.S.’s independence by trusting no one, looking at the shadier elements in our nation’s government, and watching the entire miniseries on Blu-ray—because freedom. And aliens. 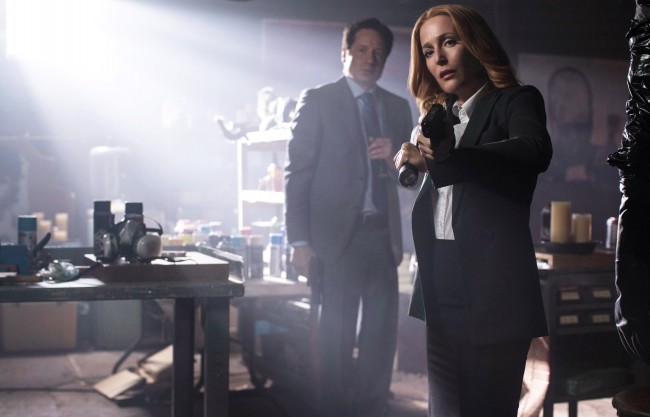 The X-Files miniseries is now available on Blu-ray, and we all know the best part about owning a Blu-ray, right? Why, the special features, of course! This one is jam-packed with some really fun features that not only explore the miniseries but also delve into past “monsters of the week” and stories from the original series. The gag reel makes it clear just how much fun leads David Duchovny and Gillian Anderson had being together again, and there’s even a short film on the Blu-ray directed by The X-Files‘ script supervisor, Karen Nielsen, which is rad. Because promoting the efforts of women in film is always rad.

Here’s a clip from the special feature on the  making of the episode “My Struggle,” which features everyone’s favorite mysterious figure who’s apparently not as dead as he first appeared:

Another clip from that same featurette talks about the importance of having a practical UFO on set, as opposed to a computer-generated creation: 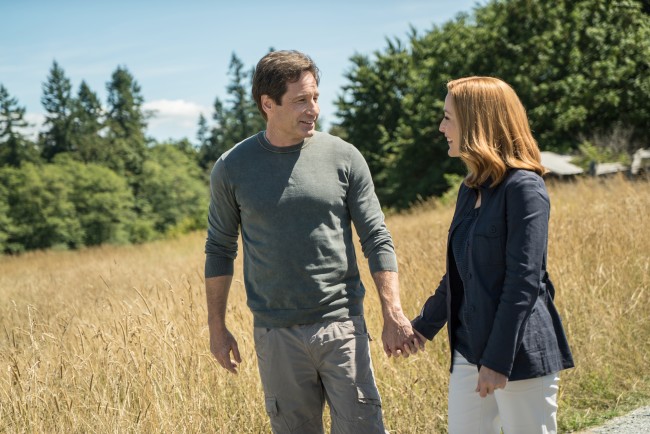 Also available, if you’ve got the cash to burn, is the the Complete Series of The X-Files, including the miniseries, available on Blu-ray and DVD. That one’s pretty epic, with 25 hours of special features not to mention the fact that you’ll likely want to upgrade the Complete Series of the show on VHS that you’ve been holding onto since the 1990’s.

Now for the first time on Blu-ray™, “The X-Files” – The Event Series and the original nine seasons of this electrifying show can be yours to own! Assigned the FBI’s most challenging cases, special agents Fox Mulder and Dana Scully (Golden Globe® Winners David Duchovny and Gillian Anderson) face terrifying danger and bizarre phenomena as they struggle to unravel deadly conspiracies and solve paranormal mysteries. While Mulder grapples to comprehend the paranormal in every case, Scully seeks to solve their mysteries through science alone. As the series progresses, secrets about a vast and horrifying conspiracy unfold, culminating in shocking revelations about aliens, the U.S. government, and humanity itself in the exhilarating The X-Files: The Event Series. Featuring over 25 hours of thrilling extras, including documentaries and commentary by creator Chris Carter and the production team — as well as special effects sequences, deleted scenes and an in-depth look behind the scenes of The Event Series — this collection is a must-have for any fan of the truth!