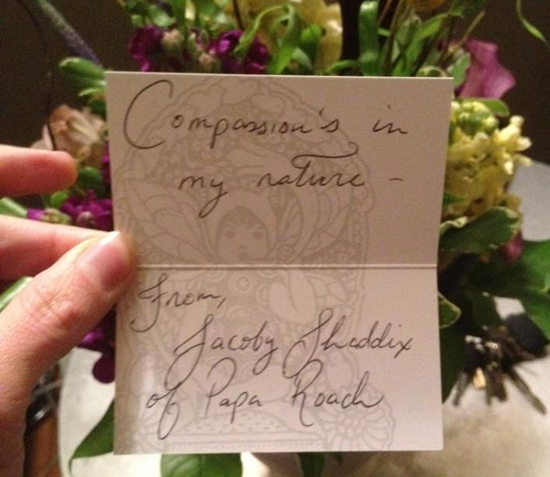 Who knew Jacoby Shaddix, lead singer of Papa Roach, had a sense of humor? Jenn Wasner, of Wye Oak, recently told The A.V. Club that she hates the song “Scars” in one of their features. Apparently, word got around to Shaddix, who then decided to send Wasner flowers. The line from the card just so happens to be a line from the song, making the whole thing about a million times better.

Ok fess the FUCK up WHO DID THIS?? Is this for real?? twitter.com/wyeoak/status/…

And here’s Jacoby, apparently claiming them as genuine:

This is just another example of how Twitter can inject a little surrealism into our lives each and every day.