Two years after its US release, China has finally approved the release of Wrath of the Lich King, the second World of WarCraft expansion set. There are a number of reasons the Chinese release of the game took so long: The first Chinese distributor of the game, The9, lost its license from Blizzard after allegedly poor management; then, the new distributor, NetEase, was ordered to heavily censor the expansion, and the approval process was a long and plodding one.

As in previous Chinese World of Warcraft censorship efforts, a number of game models have been changed for the Chinese Wrath of the Lich King. Skulls and skeletons are particularly taboo: In Chinese World of Warcraft, corpses already turn into tombstones instead of skeletons when the player resurrects, “making sites of heavy PvP look like odd little graveyards.” [Susana’s words.] As documented by Chinese gaming site chinagame.178.com, the Wrath of the Lich King model changes are particularly focused on covering up skeletons and cleaning up gore:

A few example swaps: For each, the original model is on the left, the revised Chinese version is on the right. 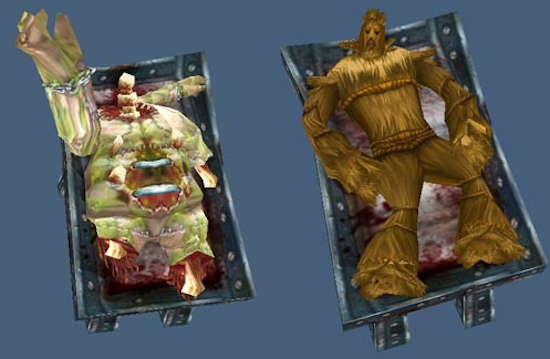