It all started when a group of nomads found they could fit in the same pair of slacks... 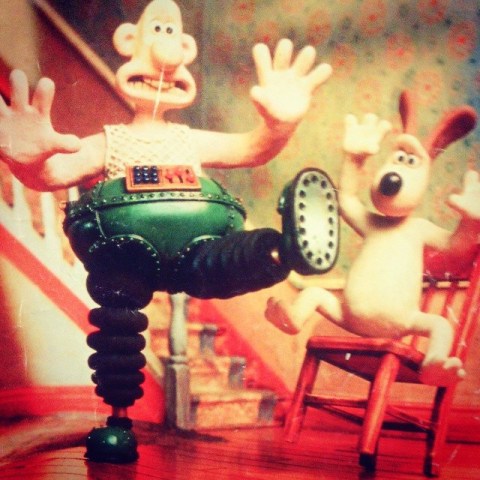 When you put your clothes on this morning (if you’ve yet to, I’m jealous) you likely didn’t give a lot of thought to your pants’ past. But why don’t humans still hide our nether regions in togas and loincloths?  Scientists have recently discovered a super old pair of pants that they believe may reveal the origin of trousers–or should I say, their jeanealogy.

In The Invention of Trousers, a report published May 22nd in Quaternary International, scientists from the German Archeological Institute in Berlin say a dig the team performed in Western China uncovered a significant find. The researchers were excavating a tomb in Yanghai when they discovered the remains of two men, each wearing remarkably preserved 3,000–3,300 year-old trousers. Vintage! 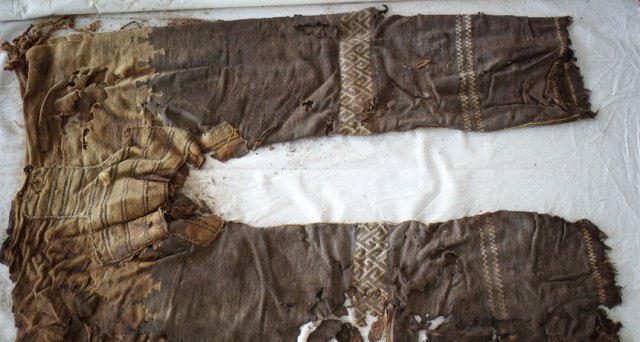 The newly-discovered pairs of pants have usurped the 2,500 year old trousers found on Cherchen Man to claim the title of world’s-oldest-slacks. Scythian nomads have also previously been found wearing  pants that had survived roughly 2,500 years of decay, but Science News points out that 5,300-year-old Ötzi the Iceman was discovered wearing leggings and a robe–typical of the togas, loincloths, etc. more frequently found on ancient European and Asian remains.

Together with horse gear and weapons as grave goods in both tombs our results specify former assumptions that the invention of bifurcated lower body garments is related to the new epoch of horseback riding, mounted warfare and greater mobility.

China authority Victor Mair confirmed to Science News that the pants likely helped the men in their horseback riding:

Archeologist Margarita Gleba of University College London says that pants might have been around since the origin of horseback riding, approximately 4,000 years ago: “I would not be surprised if trousers appeared at least that far back.”

If pants have been around for millennia, then it’s safe to say the art of pantsing is also similarly ancient. Thank you, ye olde fashionable horseback riders, for introducing that terror into daily life.