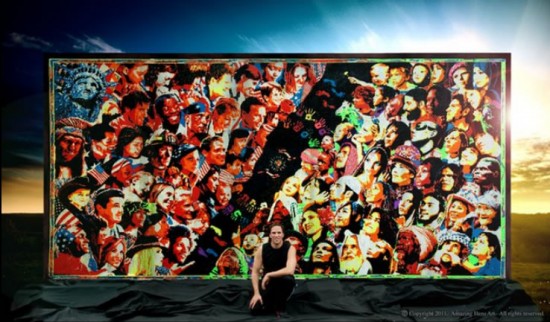 Artist Rob Surette wanted to create a tribute to September 11, 2001 unlike any other tribute anyone has made before, so he turned to everyone’s favorite childhood stabby toy, the Lite-Brite, and made the world’s largest Lite-Brite creation. The mural measures in at 10 feet by 20 feet, weighs 1,750 pounds, and is made from 504,000 Lite-Brite pegs, depicting 10 faces of different races around the world, symbolizing world peace. Though it wasn’t Surette’s intention, he broke the previous Lite-Brite world record holder Lori Kanary’s record of 374,004 pegs arranged to created a pretty large, glowing training shoe. Amusingly, Surette apologized to Kanary for breaking her record. Head on past the break to check out more images of the huge Lite Brite mural, as well as a super patriotic video of the creation. 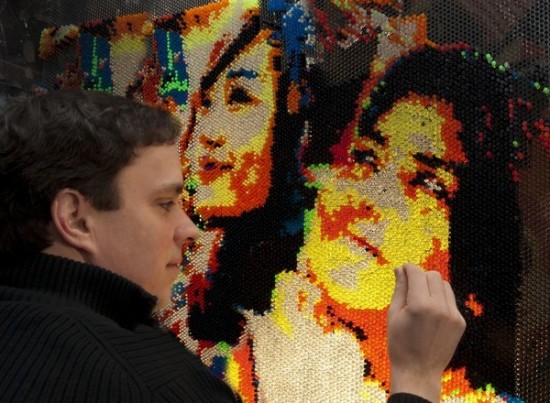 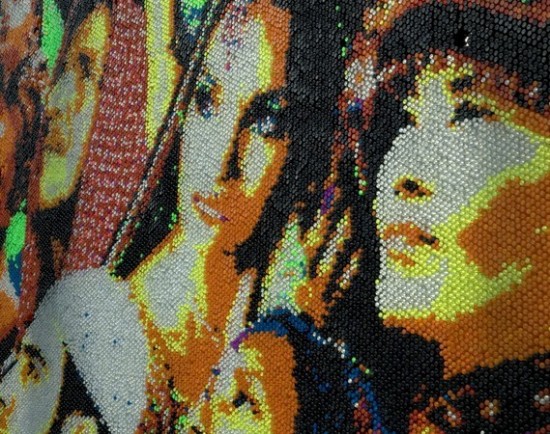 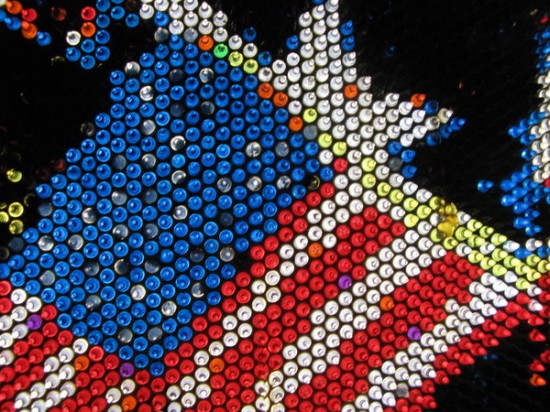