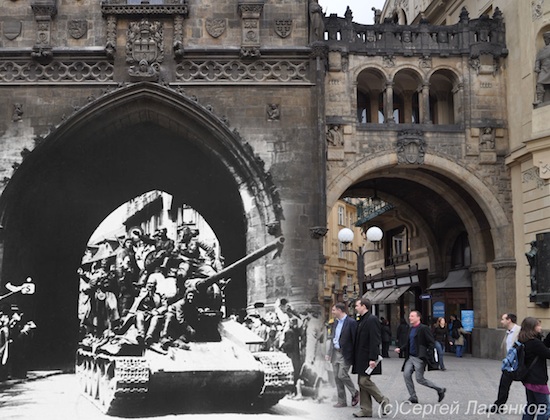 Russian photographer Sergey Larenkov is a master of a technique called, alternatively, perspective-matching photography or the fancier computational rephotography, which consists of precisely matching the points-of-view of vintage and modern photographs and exploring what happens where they merge. Since last year, Larenkov has been assembling a series of such photos on World War II: As the photo above shows, the point of combination can be quite haunting.

Some Photoshop whizzes have criticized Larenkov’s work on the grounds that the mergers are too jarring in their contrasts and could be executed with greater smoothness on his part, but, in the absence of an explanation of his work, I think that’s kind of the point: It clearly takes a great deal of patience and technical aptitude to create these photos, and the harshness of imposing war and its devastation on pristine modern European cities works better when it’s not too slick.

Below, a few more choice photos: 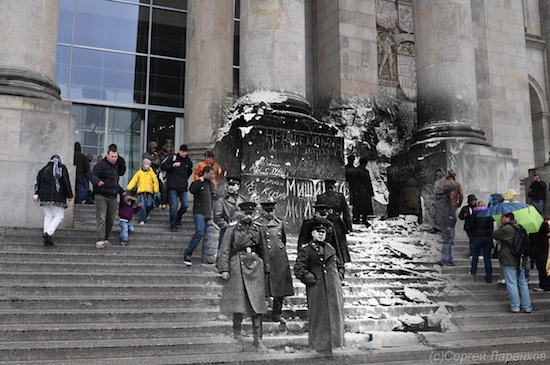 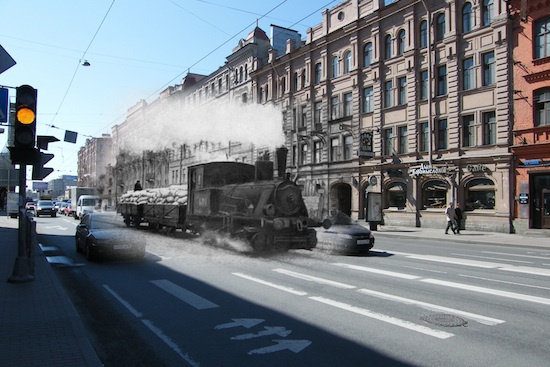 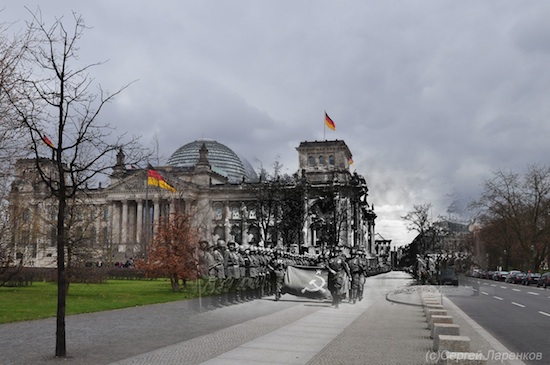 Check out the full gallery of Larenkov’s work for more.

(Sergey Larenkov via Gizmodo via Wired)