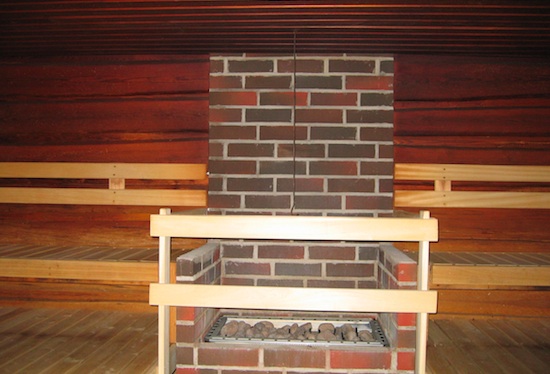 Since 1999, Heinola, Finland has been host to the World Sauna Championships, an endurance competition in which participants have to endure brutally hot saunas for as long as possible and which this year drew 130 competitors from 15 countries. But after one of the two finalists died yesterday after collapsing with severe burns and the other was hospitalized, officials say the contest “will never be held again.”

Russian competitor Vladimir Ladyzhenskiy was up against Finland’s defending champion Timo Kaukonen in the competition’s final round; six minutes in, both men collapsed with severe burns. The room reportedly hit temperatures as high as 230 degrees. All participants had signed waivers relieving the contest organizers of all legal responsibilities.

Just moments before the fatal final competition, Kaukonen told a Norwegian newspaper that the heat this year was even more intense that it had been in previous years.

Everyone knows that the saunas used in the final is extremely hot, but they used this year is worse than ever, “said the Finnish sauna veteran Timo Kaukonen just before the final.

Minutes later he lay on the ground outside the sauna. Beside him lay rival Vladimir Ladyzhenskiy, who died of injuries after seven minutes in the hot room which held 110 degrees [Celsius, or 230 degrees Fahrenheit.]

(AP and AFP via Fark. title image via Wikimedia.)