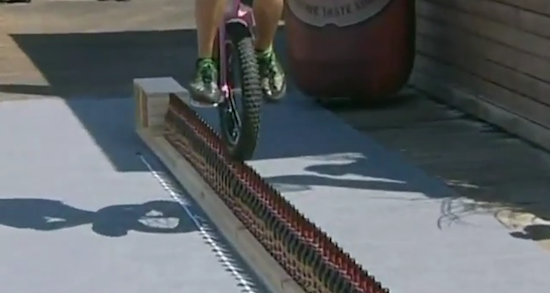 German unicyclist Lutz Eichholz set the new world record for riding a unicycle along the mouths of a line of beer bottles. Performing the stunt in Tel Aviv, Israel, Eichholz broke the previous record of 7.99 meters — which he set himself — by almost a full meter, measuring in at 8.93 meters. No Guinness World Records officials were present during the attempt, but they gave permission to the Israeli unicycling convention at which the record was set to host the event.

(via Nothing To Do With Arbroath)