This Was Not the Wonder Woman Marketing We Were Asking For 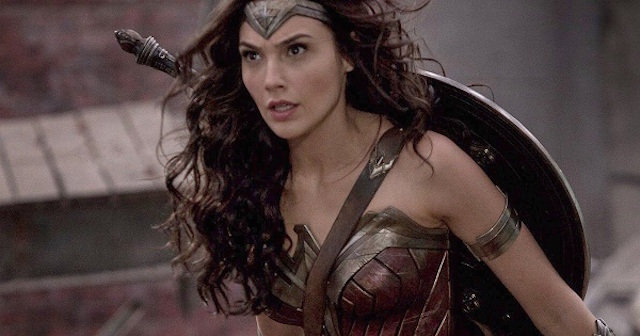 We’ve been talking a lot around these parts lately about Warner Bro’s lack of promotion for the upcoming Wonder Woman movie. Go here for a refresher, but basically, by this point in a blockbuster’s production cycle, we’re being inundated with trailers, interviews, magazine covers, and cross-promotional campaigns and merchandise. While I don’t want anyone to burn out on oversaturation, I do want Wonder Woman to get the blockbuster treatment. I want it to be good, and I also want it to make boatloads of money. As in, I want Gal Gadot to be able to buy an actual boat. I want nothing but Wonder Woman commercials for weeks straight because I want this movie to be thought of as just as big and important as any DC or Marvel movie.

So when I heard that the film finally got a cross-promotional brand partnership, I was thrilled! That’s the kind of advertising that really puts the movie out there in the public eye and drives hype. Whether we like it or not, putting toys in happy meals or soundtracks on Doritos bags (really) is part of the movie-making process, and I want Wonder Woman to get its fair shake.

Now, to be fair, it looks like a few other WW cross-promotions have been creeping up, with companies like Dr. Pepper and Pinkberry getting onboard. (Also, as I was writing this, she finally got an Omaze partnership, the new staple of blockbuster-related charitable giving.) Still, that’s nothing compared to the partnerships Batman and Superman have gotten for their various movies, from chips and phones to cars and entire airlines. So yes, we want Wonder Woman to get a whole lot more.

This, though? This is not what we were hoping for.

Gal Gadot, like the character of Diana herself, has long been the target and poster woman of unrealistic body standards. Back in 2013, when she was cast, Gadot was widely criticized for being “too skinny” before launching into a years-long fitness-based body transformation. The body shaming focused on the idea that she wasn’t muscular enough, although it’s more than likely that she would have been attacked even harder if she had been deemed too muscular or, Hera forbid, not thin enough. As strong and powerful as this character is, people are still obsessed with her body, all the way down to her armpits. “Think thin” is not a slogan we need associated with a fierce warrior.

As part of the promotion, ThinkThin also commissioned a survey asking women what superpowers they dream of having. The most common pick was invisibility. While invisibility would, for sure, be a cool power, it’s hard to ignore the connections between a lifelong insistence that we “think thin” and a desire to erase our bodies entirely. Especially considering the same survey asked those women who their favorite female hero was, and the women overwhelmingly chose Wonder Woman. A choice with powers of invisibility, like Sue Storm, wasn’t even on the list. The thing so many women dream of, then, is only recognized as admirable in an abstract sense. If a woman achieves it or embodies it, she’s undervalued and ignored.

This cross-promotion is full of the mixed messages of unrealistic standards women have forced upon them their whole lives. We’re supposed to be as strong as Wonder Woman but also expected to “think thin,” to keep our bodies small and unimposing, preferably to the point of having no body at all. Hopefully the movie itself does a better job of promoting representation of a stronger, unapologetically impressive sort of woman.