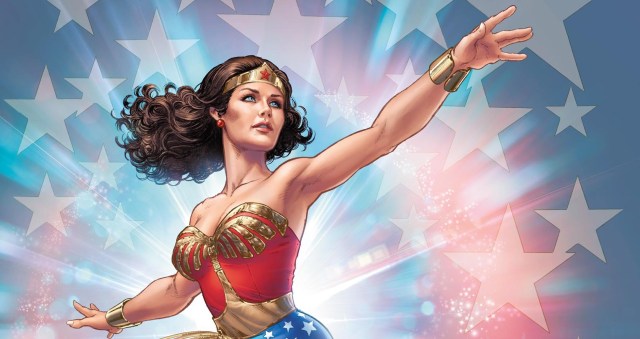 So we’re all unbelievably stoked for a Wonder Woman movie. Regardless of what you think of Snyder’s DC films, or of Gal Gadot’s casting as Diana, it’s amazing that we’re finally going to get a female-led flick in this generation of superhero films. Apparently, Warner Bros. is taking it seriously, too.

The Hollywood Reporter recently posted a huge superhero news round-up, breaking down everything that’s hitting our screens from now until 2020. On that list, they mention that “Warners also is opting for strong directors, tapping David Ayer (Fury) for Suicide Squad and seeking a female helmer for Gal Gadot’s Wonder Woman.”

This comes at the same time as the news that Geoff Johns, DC Entertainment’s Chief Creative Officer, said (in regards to the Supergirl show they have in development), that “It’s well past time there’s a female superhero out there, both in film and on television, and it’s awesome that we’re on the forefront of that. It’s super-great.”

There are so many amazing female directors out there that we thought we would just make some helpful suggestions vaguely in DC’s direction, and hope they’re listening.