All Wonder Woman all the time. Forever. And ever. 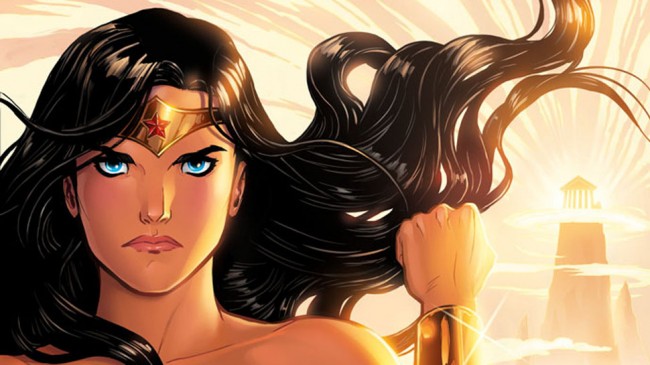 We’re about two weeks away from the United Nations declaring October 21st Wonder Woman Day, and let me tell you: we’re super stoked about it. The UN has also decided to ring in this super occasion with the one and only Wonder Woman herself, Lynda Carter. It seems only fitting to have the woman who embodied the Themysciran champion on hand to help celebrate. About the declaration, Carter said in a statement, “to honor Wonder Woman and women all over the world is just amazing.” It sure is.

In addition to this, the United States Postal Service has submitted its own celebration of the superheroine, unveiling new Forever stamp designs featuring Wonder Woman. The four different designs are made up of the various styles of Wonder Woman, ranging from the Bronze Age to the Modern Age. Cliff Chiang, one of the illustrators for the new stamps, said, “As an artist you hope that your work might endure, like the character of Wonder Woman herself. To see something I drew immortalized on a U.S. Postal Service stamp is really an incredible honor, and hopefully a fitting tribute to 75 years of strength and imagination.”

It’s a total joy to see a character so well loved receive the recognition and immortalization that they so richly deserve. To have that character be Wonder Woman is, well, simply amazing, as Carter put it.

Speaking of, Carter might not be playing Wonder Woman on screen these days (that mantle has passed to Gal Gadot), but she’s still plenty involved with the DC television universe. She’ll be making a bit of a return to it as the President in this upcoming season of Supergirl on The CW. From superhero to President–doesn’t seem like too bad of a trade, if you ask me.

(via Nerdist, image via DC Comics)