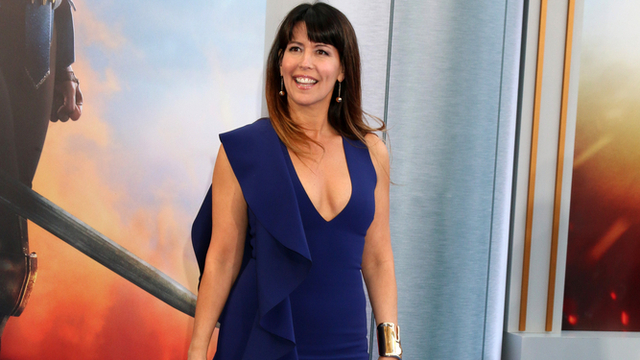 The will she/won’t she of Patty Jenkins’ involvement with the inevitable Wonder Woman sequel has been going on for a few weeks now. First, it was definitely happening; then the movie was happening, but Jenkins wasn’t attached yet; then she was maybe writing it?

But during a Q&A at a Women in Film screening of Wonder Woman, she seems to confirm her involvement in the sequel. Here’s what she told the audience there (via The Advocate):

“I had an epiphany about Wonder Woman 2,” she said. ‘I was like, you don’t have to do this. It doesn’t have to be a foregone conclusion that you do Wonder Woman 2. But then as I was falling asleep I had an epiphany. I was like, Wait a minute. You have the greatest character of all time that you love dearly, with a cast that you love sitting at the palm of your hand at this day and age — you can do whatever you want with them — are you crazy?And then I suddenly realized, it’s not more, it’s another movie. It’s its own movie. And it’s got to be great.”

So Jenkins is onboard! Cool!

The catch here? That’s nearly a verbatim quote she gave to EW back in April, before this public discussion of her involvement started up. So is she returning? Is that official? Or is she maybe using teases like this to stir up public support to make sure Warner Bros. doesn’t try to lowball her out of consideration? If that’s the case, then I am here to keep the speculation train running.

Jenkins did continue talking about her (possible?) sequel. She told the audience, “It’s a continuation of the same character, but there’s a great, entirely different story to be told. With this character in our—in the world, that’s fun, because now she exists, just funny, and also says something profound about the world we’re in right now.”

What’s with that correction of our to the? Is that a hint that the sequel, as has been rumored, will be set in modern America? Did we learn anything new here? Warner Bros, please just give Patty Jenkins whatever she wants. Our Amazonian hearts can’t take much more of this.