If Patty Jenkins Doesn’t Direct the Wonder Woman Sequel, I Swear I Am Placing a Hex on Warner Bros.’ Head 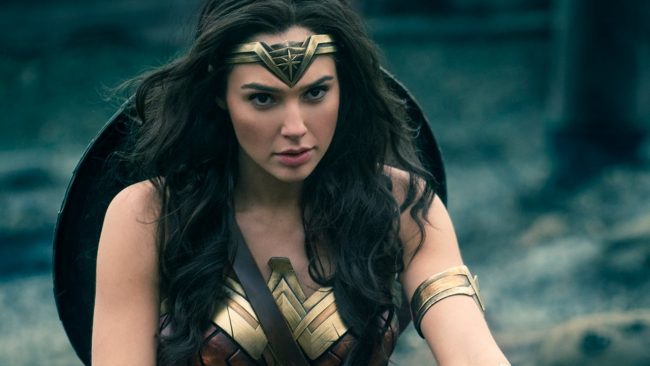 Last week, The Hollywood Reporter wrote that both Patty Jenkins and Gal Gadot were signed on for a Wonder Woman sequel. Now it’s looking like that might have been premature. THR is now reporting that Gadot is lined up for Wonder Woman 2 as part of a big multiple-DCEU-picture deal, but Jenkins’ contract was only for one movie. It’s not clear why they said otherwise, but it sure is disappointing.

According to THR, “a one-picture-only deal is said to be standard practice at Warner Bros. for directors taking on a big-budget studio film for the first time.” It looks like the studio wanted to wait and see how the movie did at the box office before signing onto a sequel, and they were blindsided by its overwhelming success.

Now the problem seems to be that since Warner Bros. was late to their own party, it puts Jenkins in a position to demand a huge paycheck increase. Which she obviously deserves. She didn’t just make history as a woman director, her film was extremely successful by any standards. It’s the studio’s third biggest movie of the year, and the critical reception blows most DCEU movies away.

It would seem there is a risk, then, of Jenkins negotiating herself out of the sequel. If her “major leverage” makes her too expensive, and if Warner Bros. doesn’t appropriately value her contribution to Wonder Woman’s success, they could end up going with someone else. And sure, comic book movie franchises swap directors out all the time. But I’m guessing I’m not alone in thinking Jenkins is indispensable. There are some directors that have such a specific angle or eye, they make the franchise. James Gunn, the Russo Brothers, yes, even Zack Snyder (for better or much worse), like Christopher Nolan before him–these directors are essential to maintaining the look and feel of the films. Patty Jenkins belongs in that category.

She crafted something that was visually stunning, but with a much less tangible uniqueness. Think of how much of the praise heaped on the film referenced how different, how refreshing it felt. Jenkins made it different, that wasn’t a coincidence. She crafted its heart, its compassion, its strength. What would Wonder Woman have been without Jenkins leading it? Certainly not the magic we were given. Probably something closer to the tepidly serviceable lady film the studio was expecting.

Jenkins, by the way, clearly knows what a special thing she created.

Back in April, EW asked her if she had plans to do the sequel, and she replied that she’s “not a big obligation person when it comes to art. You want to do a movie like this because you believe in it.” She went on, though, “Then I had this revelation in the middle of the night: this is your dream cast, you’ve created a character that you love and you can say anything you want in the world right now.”

She said she realized Wonder Woman 2 (which, by the way, she said in the same interview she wanted to set in the U.S. because “She’s Wonder Woman. She’s got to come to America. It’s time”) is “its own great movie.”

“I made Wonder Woman. Now I want to make Wonder Woman 2. It’s a beautiful story to tell, an important time to tell it and with people that I love.”

Please, Warner Bros. Give her all the money you have. She deserves it, and if you let her go you’re going to have a whole lot of angry aspiring Amazons coming after you.