But Is She Directing Tho? Patty Jenkins Teaming Up With DC’s Geoff Johns on Wonder Woman 2 Treatment 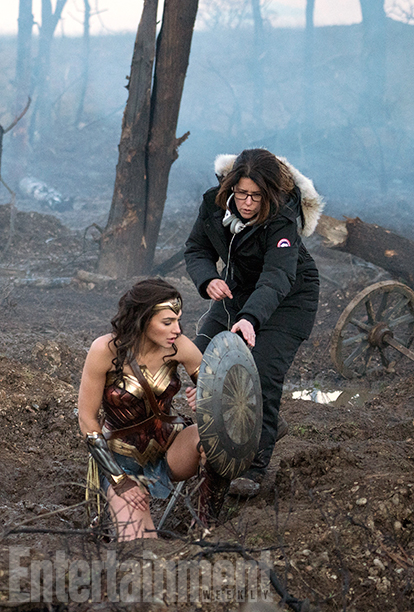 First of all, water is wet. Secondly, after the success of Wonder Woman, a sequel is already in the works.

While it’s still not been confirmed that director Patty Jenkins will be directing the second film, she is already involved in the sequel at the story level.  According to Business Insider, Jenkins is working with DC’s Geoff Johns on a treatment for the new film. It will reportedly still be a period piece, but will not be set during World War I again. As Warner Bros. head Toby Emmerich said in an interview with Variety, “It will take place somewhere between 1917 and 2017.”

In a separate interview with Variety, Johns brought up how much he loved working with Jenkins the first time, and is excited about doing so again. “Patty and I are writing the treatment right now,” he said. “The goal is to make another great Wonder Woman film. I had a blast making it with Patty the first time. We’ve got a cool idea for the second one.”

Back in April, Jenkins was already talking about what she’d like from a sequel saying, “I’m excited for her to come to America and become the Wonder Woman we are all familiar with from having grown up around her as an American superhero. I’d like to bring her a little farther along into the future and have a fun, exciting storyline that is its own thing. Wonder Woman 1 is so much about her becoming the person she is. I can’t wait to spring forward with who she is and have another great standalone superhero film.”

I would love to see Diana in the United States, earlier in our history. Or perhaps smack in the middle of the 20th Century as the Civil Rights Movement and the Women’s Rights Movement and war protests were at their peak, and the nation could’ve used a….wonder woman to see them through those tumultuous times. I’m putting in my request now: Wonder Woman in 1960s America.

Frankly, I think the thing it would take to ensure the success of the second Wonder Woman film is to ensure that Jenkins directs again. I can’t imagine that not happening at this point, to be honest. Can you?