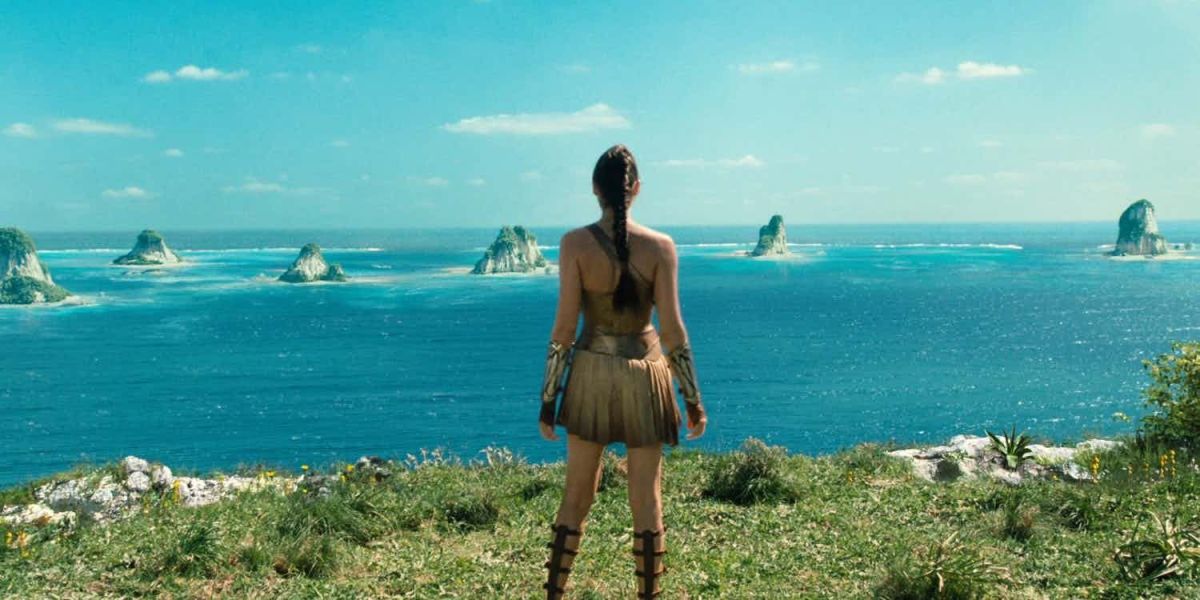 There is an aspect of Diana Prince’s story that wasn’t really addressed in the first Wonder Woman film. On Themyscira, the “Amazon Olympics” are an important part of Diana’s lore, and the first film, unfortunately, didn’t find time for how Diana got the Lasso of Truth, but with Wonder Woman 1984, we’re heading back to Paradise Island and getting to see the Olympics brought to life.

At first, I was a little upset that we didn’t get to learn more about the Amazons in Wonder Woman because they are fascinating. Not just because they’re an incredible group of women but because the way they train is something extraordinary and to actually see the Olympics onscreen is going to brilliantly display just how powerful the Amazons are.

Patty Jenkins talked about having to originally cut the Olympics from Wonder Woman but how we get to learn more about them in 1984:

“It killed me because we originally were going to do the Amazon Olympics, which is how in the lore historically Diana always got [her gear], and it didn’t quite fit in the storyline. The way that we did it [in Wonder Woman], I believed in much more for our story, but it was always something I wanted to do. But also, that was their only war with Man’s World and they’re not going to fight each other. So this was this great way to say, ‘Oh, there’s a lesson I really want to learn from the Amazons this time and what did we miss last time? And how can we see something totally different?’ Them in the Olympics.”

Look, I’m going to be honest: I’m biased about this stuff. They could say that I was going to see Diana Prince just, like, sitting on the floor of a room for three hours, and I’d probably be excited because anything to do with Diana is something I love with my entire being. But the Amazon Olympics are not just important to Diana; they’re important to the Amazons as a whole.

They’re all about strength, and one thing I liked about Jenkins’ take on the Amazons is that it wasn’t necessarily a “look how attractive these strong women are” thing, which frequently happens when people talk about them. Instead, it was all about their strength and courage and, from what the set designers and production team had to say about the Olympics, it seems as if Wonder Woman 1984 is going to be more of the same.

“I’m loving [it],” Jenkins said. “It’s so completely different. And the work we’re doing with Cirque de Solei and stuff, it’s like, ‘How did they get to be those people who could have that battle on the beach?’ Well, this incredible practice, they go to an Olympic Games against each other—they don’t call it the ‘Olympic Games’—but when they go to the games against each other, it’s an entirely different kind of sporting event than we’ve ever seen.”

And honestly, I’m here for it. I’m here for the Amazons being a pillar of strength. I’m here for more of Diana’s backstory and lore coming to life, and I’m here for whatever Patty Jenkins and company have in store for me with Diana Prince.