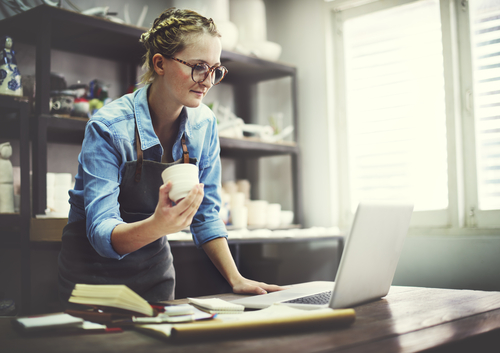 When we talk about things like the wage gap, we often believe that if only this gap were closed, that would solve a good chunk of women’s problems in the workplace. Unfortunately, just because the gap is closed between men and women doesn’t mean that women will be paid more than they are now.

A recent study done by NYU, UPenn, and the University of Haifa in Israel determined that whenever a bunch of women start getting into a male-dominated field in large numbers, pay in that field decreases across the board. Apparently, because if women can do that job, it must not be that hard, or that important, or something.

They figured this out by examining census data between 1950 and 2000. According to the New York Times, NYU sociology professor Paula England (and sociology’s not a real science, right? I means it’s certainly not as hard as other sciences if a woman can do it, so we should totally pay sociology professors less than professors of real sciences) says that, although sometimes there’s a correlation between the jobs women choose to do and the pay it offers, the study clearly shows that the decrease in pay has to do with choices made at the employer level:

It’s not that women are always picking lesser things in terms of skill and importance. It’s just that the employers are deciding to pay it less. It just doesn’t look like it’s as important to the bottom line or requires as much skill. Gender bias sneaks into those decisions.

The NY Times also cites the specific example of parks employees, which used to be a male-dominated field:

A striking example is to be found in the field of recreation — working in parks or leading camps — which went from predominantly male to female from 1950 to 2000. Median hourly wages in this field declined 57 percentage points, accounting for the change in the value of the dollar, according to Professor Levanon. The job of ticket agent also went from mainly male to female during this period, and wages dropped 43 percentage points.

So, did the workload involved get easier? Probably not. It’s not as though, between 1950 and 2000 we went from doing park jobs on foot to having cars. It’s not as though there’s been a huge amount of change as far as how physical the labor is, or what’s required of any given job. It’s just…more women decided to do it. Suddenly, what was once simply “labor” has become “menial labor.”

This is how bad it is and how deep gender biases go, people. Women merely doing a job “brings down its value” even if it was once a field dominated by men. The amount of mental gymnastics and double-think that has to happen in order to make this make any kind of sense is staggering. It requires men being totally okay with making decisions that screw over other men just to set themselves at ease about women joining certain fields in greater numbers. Their ingrained desire to “be better than women” – stronger, smarter, more skilled – is so great, that they will abide a field-wide pay cut just to make themselves feel better. At least…that’s what it seems like when you look at a study like this. I’d like to believe that’s not actually the case.

If you’re a guy reading this, and you wonder why feminism needs to be your fight too, here’s a good reason. There’s no job that women can’t do. Period. And we’re half the population and the co-parents of your children – you don’t want us unemployed and putting all the bread-winning responsibility on you. And one day, whatever your chosen field, more women are going to want to join you in your line of work. Fighting gender biases is in your own best interests – you’re protecting your own bottom line while allowing women to get paid what they deserve as well.

Jobs don’t suddenly become less important depending on the gender of the person doing the job – employers need to stop acting like they do.