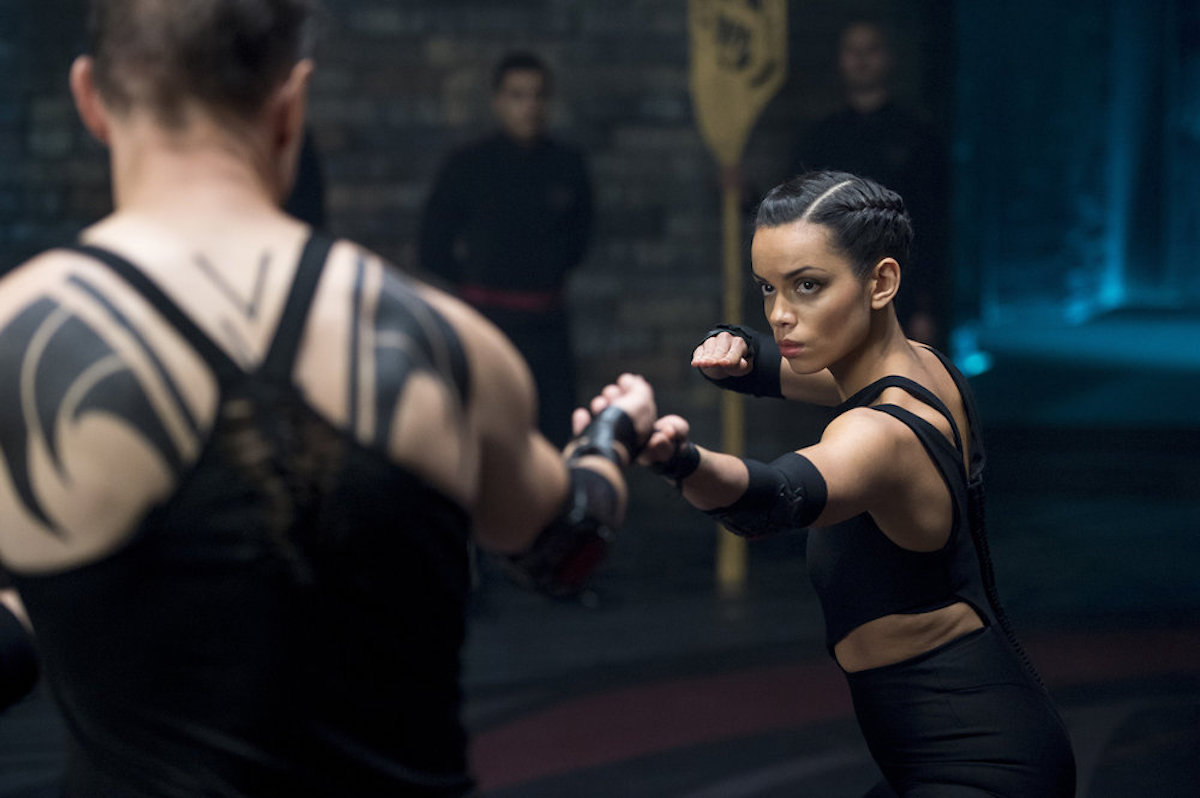 **Some spoilers for season 1 of Krypton.**

When the news broke that the Syfy network was launching a Superman prequel series called Krypton, most viewers probably had a few preconceived expectations about what the show would involve. After all, there are certain things that generally serve as the linchpin of any Superman or Superman-adjacent story: moral steadfastness, a big heaping dose of hope, and lots and lots of sly references to the Man of Steel’s long and storied comic book history. To be sure, Krypton has all of those things, to some degree or other.

The one thing no one could have possibly predicted, however, was that the most memorable thing about Krypton would turn out to be its fascinating women. The show is positively brimming with complex female characters, each with her own well-defined history, personal relationships, and desires. Though the premise of Krypton is ostensibly about Seg-El, Adam Strange, and their attempt to protect a timeline in which Superman exists, it’s the female characters who primarily drive the series’ story.

Women are at the heart of every major plotline, as Lyta- (Georgina Campbell, pictured above) and Jayna-Zod butt heads, Nyssa-Vex schemes, and Jax-Ur plots a planet-wide revolution. And Krypton seems particularly interested in telling women’s stories, exploring ideas of motherhood, love, oppression, family, loss, and power from a decidedly female-focused point of view.

A roster of compelling female characters isn’t necessarily rare in genre television these days, yet it still feels almost revolutionary in a Superman story in 2018. Because, if we’re honest, female perspectives are not usually that prevalent in any sort of story about the Man of Steel. There generally aren’t even that many female characters present, full stop.

Sure, the Superman mythos gave us ace reporter Lois Lane, who is a definite icon in her own right, but her character tends to suffer from Smurfette syndrome in any incarnation of this story, as she’s usually the only woman in a world that’s full of, and largely about, men. As the only female character, Lois must wear many hats, simultaneously serving as a love interest, a potential damsel in distress, and a hardworking independent woman chasing her own dreams. That’s an awful lot to put on one character, no matter how awesome she may be.

Krypton doesn’t make that mistake. Its female characters are not only complicated individuals; they’re all wildly different people with their own distinct personalities. Jayna is a consummate warrior driven by duty and honor. Lyta, her daughter, struggles to balance her family legacy with the desires of her own heart. Nyssa is more of a political animal, intelligent but manipulative and always after her own ends. (Though those desired ends change considerably by the end of the series’ first season.) Even the women with smaller roles in Season 1—from rebel leader Jax-Ur to salvage worker Rhom to soldier Kol-Da—all make the sort of believable, character-driven choices that stem from a fully realized interior life. 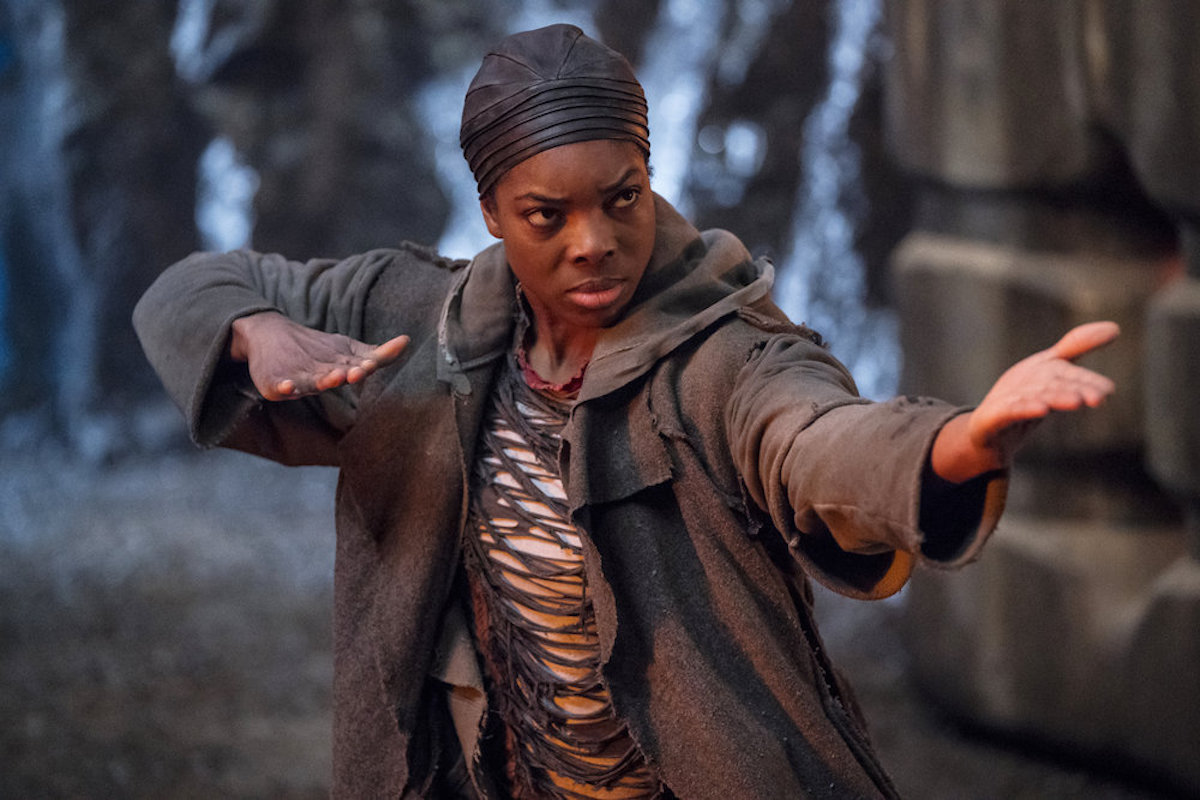 None of these women are stereotypes. All are multi-faced, compelling figures with their own agendas and interests. They each grow and change over the course of the series’ first season in organic, understandable ways. This is remarkable, in as much as it almost never happens to women in superhero stories, particularly those that revolve around men. Too often, female characters are relegated to playing specific, predefined types: femme fatales, long-suffering wives, starry-eyed ingénues, etc. And they certainly aren’t allowed to develop in any real way, but all the women of Krypton do. That’s part of what makes them so remarkable.

Jayna begins the season dedicated to her duty as the leader of House Zod and commander of the Sagitari. By the end of it, she’s betrayed her people, joined the resistance, attempted a coup, and been shot by her own daughter. The Jayna at the end of Season 1 looks almost nothing like the character who started it, and her character’s quiet and complete evolution—from a girl who left her own brother to die in the name of family honor, to a woman who tries to overthrow a government to save her child—is something amazing to behold. The best part about it, however, is how Krypton never beats you over the head with the idea that Jayna is Experiencing an Important Moment of Growth in any given episode. Instead, the proof is in her overall journey and the different choices she makes throughout the season.

Nyssa’s story is a similarly complicated one, as we watch her evolve from a calculating manipulator seemingly in thrall to her terrible father to a more three-dimensional woman with a great deal of humanity. Her discovery that her whole life is a lie—Nyssa is a clone, and her original self died in the same accident that killed her mother—adds an entirely new layer to her character. Thanks to this information, Nyssa will literally get the chance to remake herself in Season 2, and choose the kind of person she wants to become.

As Season 1 comes to a close, our main male characters—Seg-El and Adam Strange—are both sidelined, trapped in various prisons that will keep them both out of the main action for a bit. Instead, Krypton uses its female characters to set up its future, focusing on the brewing conflict between Jayna, Lyta, Nyssa, and Jax-Ur, rather than bemoaning Seg and Adam’s absence. Sure, both will eventually return next season, and probably sooner rather than later, but Krypton’s story won’t stop while they’re both indisposed. The women will tell it instead.