Positive Representation of Women in Board Games | The Mary Sue

Climbing Chutes & Ladders: The Positive Representation of Women in Board Games 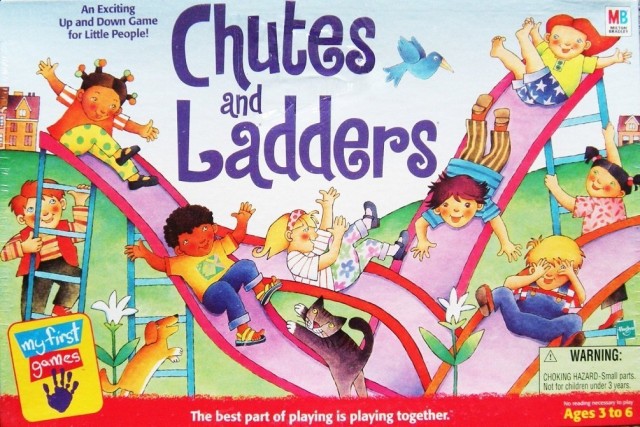 As in any other medium, women are often misrepresented in board games. Female characters, especially in fantasy games, are oversexualized, overly stereotypical, and/or missing altogether. Even recently, Hasbro was heavily criticized for leaving Rey, the lead female character in Star Wars: The Force Awakens, out of the new version of Star Wars Monopoly.

It’s rare to find a game that not only offers female characters to play but also represents them well. In discussions with female gamers both online and in person, too many women who are uncomfortable with the lack of playable female characters and/or stereotypical presentation of them are chided or dismissed for their concerns. Often, male creators and game players even indicate that overly sexualized and stereotypical female characters are necessary for the appeal of the game.

There are successful games out there, however, that prove this wrong by smashing stereotypes and giving us positive and diverse playable female characters. Here are some of my favorites:

• The Pandemic Family of games: Pandemic Legacy, Pandemic, and Pandemic: The Cure 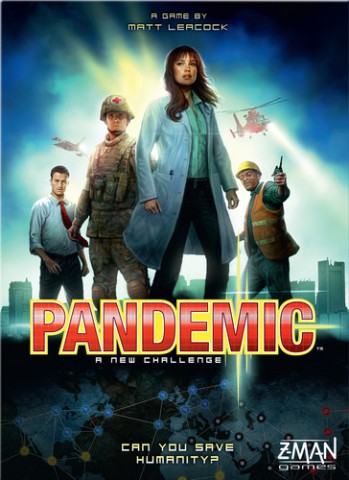 Pandemic shows up on almost every “diverse” board games list you’ll see, and for good reason. Female characters are equal in skill to male characters in all the Pandemic games. They also wear clothes appropriate for their jobs, e.g. lab coats for scientists, and have real-life, helpful careers, like scientists, dispatchers, medics, and researchers. Most of the Pandemic games are cooperative ones where players work together to cure diseases that threaten humanity. The exception is Pandemic Contagion, where you compete against other diseases (other players) to see who can eliminate humanity the fastest. Although most of the characters are still white (racial diversity in games is an entirely different topic), Z-Man games, the creator of Pandemic, takes a little more care than other companies to ensure more diversity in their games. 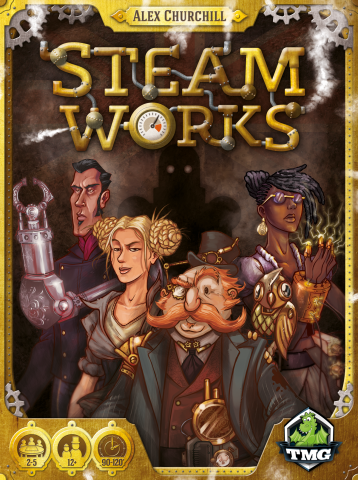 In this steampunk worker-placement game, the goal is to collect components and power sources, then build devices. Each player takes on an inventor persona, and there are an equal number of male and female inventors, each with unique skills and abilities. The one semi-borderline issue with this game is the clothing worn by the female inventors—I’m not sure anyone could do mechanical work in a long, flowing dress. However, since the theme of the game is steampunk, and the female characters aren’t oversexualized, I still view this as a positive representation of women. Perhaps my favorite part is that almost every body type is represented—a VERY rare find in board games!

• Ashes: Rise of the Phoenixborn 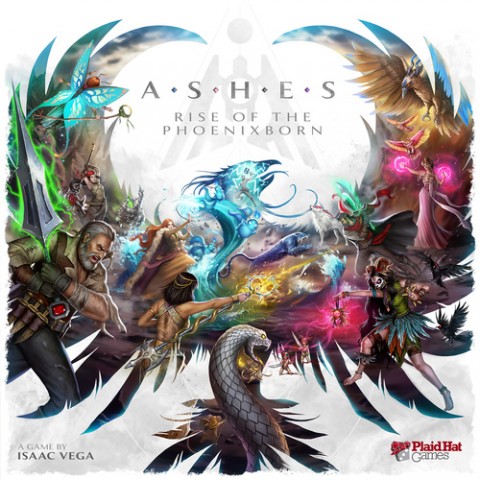 The company that created Ashes, Plaid Hat Games, is one of the best overall board gaming companies at representing women. Their designers make conscious decisions on their female characters, as stated in this article from Nerdy But Flirty from September, 2014. In Ashes, which was illustrated by a woman named Fernanda Suarez, players become Phoenixborns, demi-gods, protectors of this world, and great saviors of their civilizations. After a prophecy arises that says that if a Phoenixborn should absorb enough ashes of the others, they will ascend into full gods and master this world, the War of Ashes begins. Of the six Phoenixborn characters available, four are women. All of the characters are diverse and attractive without being oversexualized, and they all have their own unique skills and abilities. This game works best as a two-player game, however, you can expand the game to play with up to four players. 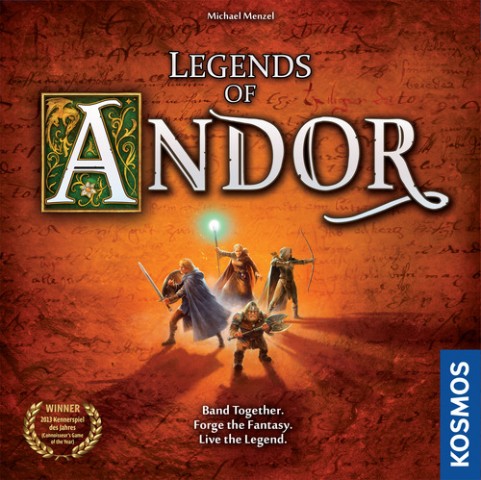 Legends of Andor is a cooperative fantasy adventure game played with 2-4 players over several campaigns. The band of heroes must work together to save the realm from the invading hoards by embarking on quests over the course of five scenarios, with a sixth created by the players themselves. In this game, all of the characters exist as both male and female with the same skills and abilities, but with different artwork and names, and you can choose which version you’d like to play with. The female characters are all suitably dressed for an adventure and are completely functional and playable. This game smashes the fantasy stereotype that a game needs sexualized female characters to be appealing—it’s won countless awards, including the 2013 Kennerspiel des Jahres, which is the prestigious German award given to the best board game of the year for more advanced gamers (“Kenner” is translated to “expert”). 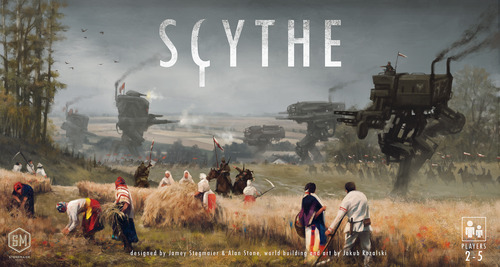 Jamey Stegmaier, designer and creator of Scythe, runs one of my favorite game companies, Stonemaier Games. Scythe is set in an alternate 1920s time period, and each player represents a character leader from one of five factions in Eastern Europa trying to earn their fortune and claim their faction’s stake in the land. Three of the faction leaders are women, and each is unique, charismatic, capable, and powerful. This is not portrayed as weird or non-traditional, either—the female leaders are just a normal part of the world. The design of the women is non-stereotypical and non-sexualized, and gender does not define the characters. Plus, there are awesome mechs you get to control!

When putting together this list, there were two games that just missed the cutoff that I think deserve special mentions. 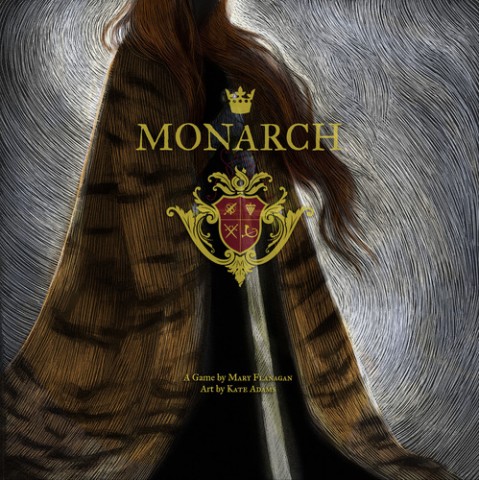 Monarch was designed by a woman, Mary Flanagan, whom I had the honor of meeting this past summer. She’s so passionate about being a female creator and representing women well in board games, and it comes across in this game. Players are dueling sisters all vying for the throne and their mother’s approval. In this short, 45-minute set collection card game for 3-4 players, all the main characters are female and very well represented within the theming of the game. 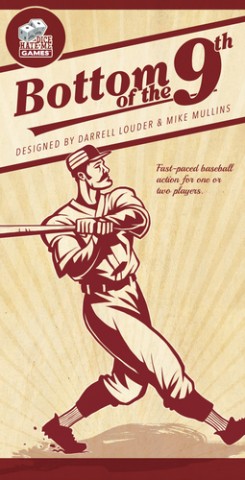 (via Dice Hate Me Games)

Bottom of the 9th is a two-player baseball themed game, and it’s really nice to see a sports game that actually depicts female characters. In this game, it’s the bottom of the 9th inning, and you’re vying to be the first to either score a run (if you’re playing as the batting team) or get three outs (if you’re playing as the pitching team). Both teams include female characters that are not oversexualized and have their own special abilities. Also, the men and the women play on the same team and are depicted as equal, which is a refreshing change from most games.

Although there’s still a long way to go, many creators and board game companies are making conscious decisions to bring stronger, more realistic, more diverse, and non-sexualized female characters to their games. Hopefully, this is just the beginning of more well represented female characters in board games who are unique and equal to their male counterparts. What are some of your favorite board games that positively represent women?

Candice Huber is a self-proclaimed nerd/geek and the owner of New Orleans’ premier geeky bookstore and nerd mecca, Tubby & Coo’s Mid-City Book Shop, named after her grandparents. Besides books, Candice loves board games, Star Wars, Supernatural, Doctor Who, Thundercats, He-Man, She-Ra, Jem, Harry Potter, Game of Thrones, and Disney, among other geeky things. She’s also super into dragons, as evidenced by the dragon on the logo for the book shop and the mascot that sits on the checkout counter. And she’s an avid reader and feminist (of course). Candice also loves to write. You can check out more from Candice and her nerdy bookstore on Twitter, Facebook, Instagram, and the Tubby and Coo’s blog. You can also hear her talk about all things nerdy and book, comic book, and board game related on her weekly podcast, “Novel Ideas,” on WRBH Reading Radio online.