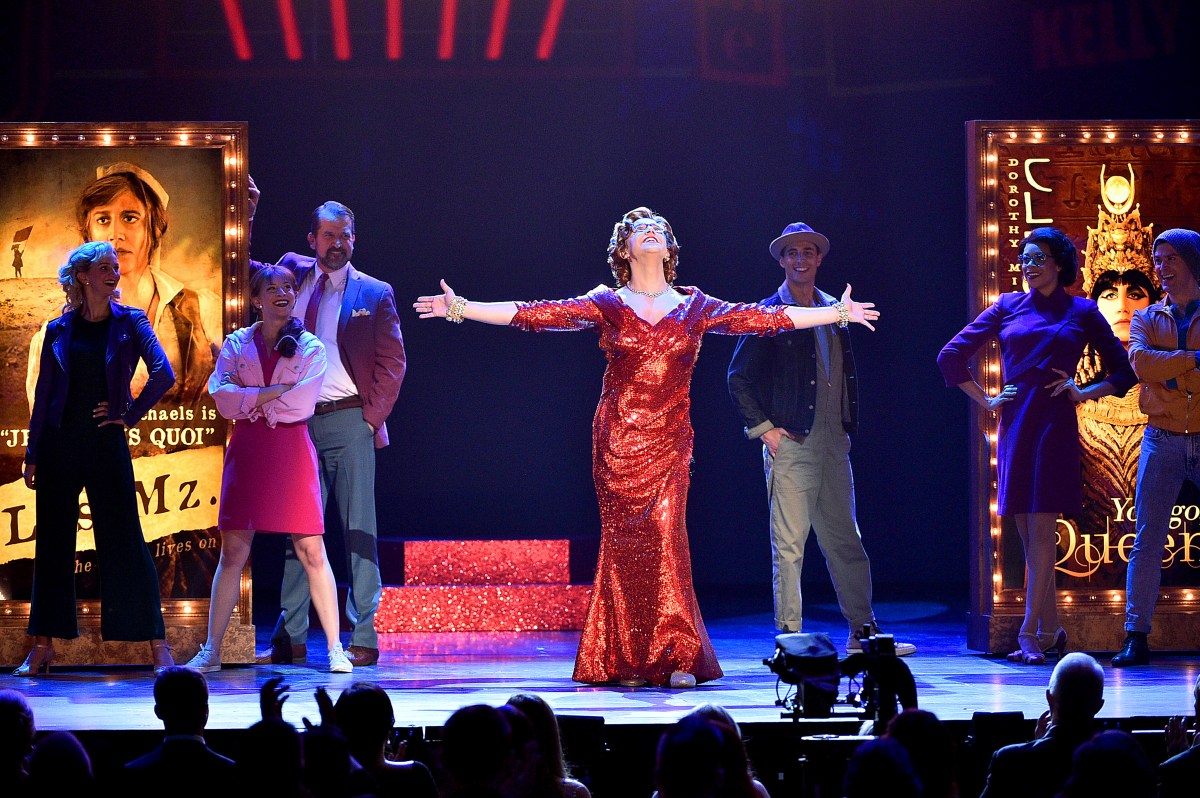 I live with the awareness that classic musicals have sexist undertones, the product of their times. That’s why I don’t like revivals that much and why, if you’re going to revive a show that is inherently sexist, it should have self-aware changes to it, if only just in the actor’s interpretation of a role. Maybe that’s why everyone is telling me to go see Oklahoma! because they actually took this idea to heart (people have been referring to the revived production as “Wokelahoma”).

That being said, last night’s Tony Awards made it clear that we still have a ways to go to increase the number of women given chances to make their mark on the theater world.

Sure, Broadway is, arguably, among the more diverse and inclusive spaces in the entertainment world. But that doesn’t exclude it from sexism, especially behind the scenes. As I watched the Tonys proceed, I soon came to pinpoint what my problem was with the ceremony and, by extension, this season on Broadway: It erased the stories of women or did not seem to include them in the act of story-telling at all.

This season has felt like a step backward. There are exceptions to this rule like the winner of the evening, Hadestown, and the lovely queer camp fest The Prom. But even shows that I enjoy, like Be More Chill, are sharing the stories of men and their female characters are not that prominent or well fleshed out. Kiss Me, Kate is on Broadway and, unless you completely change the sexist comments and plot of that show, chances are, it’s still sexist!

The biggest offender of this all is Tootsie. Based on the Dustin Hoffman movie, the plot is simple: A white man realizes he can’t get roles because of his age, so he dresses up like a woman. You know, because women have it easier than men right? We get all the jobs. We’re just underpaid, over-worked, and not appreciated while we do it, so have fun with that, Toots.

I think I’m maybe angry because there are so many brilliant shows out there in the world, shows that were either too early for their time or were shunned by critics, and we’re doing the same sexist old fashioned productions over and over again. Last night, Rachel Chavkin was the only woman nominated in her category for her direction of Hadestown. As you look at the Tony nominee list, this isn’t uncommon. Within each category, there is perhaps one woman nominated when it isn’t an award intended to be received by a female alone.

We can help create the world we want to see. Chavkin made a beautiful point in her acceptance speech last night. Theater has the ability to bring us together and show us the world we want to be a part of and when it is consistently being brought to us by one small segment of the population, we aren’t getting to experience the fullness of the human condition. We need to do better, and not revive the problems of the past.

There are so many creatives out there who are not getting to work on Broadway because it is a male-dominated field, and something has to give. Hopefully now that Hadestown, written and directed by women, stole the night away, the producers of Broadway will start to understand that.