Women Are Talking About Bad Sex, and That Is a Good Thing 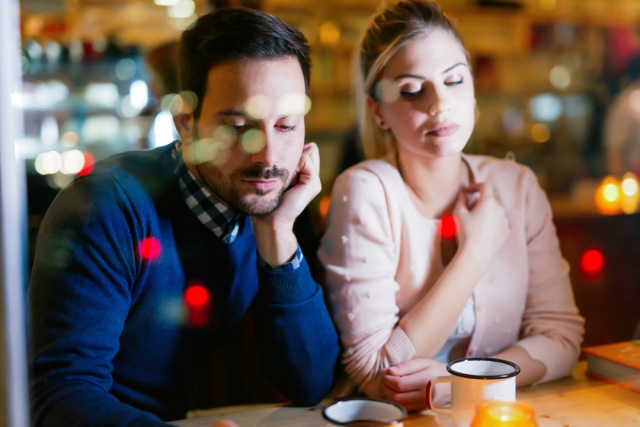 Regardless of how you feel about Kristen Roupenian’s New Yorker short story, “Cat Person,” as a literary piece, the way it has blown up in social media has shown that it struck a chord with women (and men) about dating, sex, and how technology has made things harder and more complicated. If you haven’t heard about “Cat Person” yet, we covered it briefly in yesterday’s “Things We Saw Today,” but as a refresher: it is the story about a failure to communicate and connect between Margot, a twenty-year-old college student, and Robert, a thirty-four-year-old man.

Throughout the story, Margot goes up and down about her attraction to Robert. She’s intrigued by his personality via text, but also deeply unattracted to him in person, both physically and in their lack of spark during their conversation. Eventually, they have sex—not because she is attracted to him, but out of a sense of “Well … I don’t know what else to do.” Margot is attracted not to Robert, but to his own attraction to her.

As they kissed, she found herself carried away by a fantasy of such pure ego that she could hardly admit even to herself that she was having it. Look at this beautiful girl, she imagined him thinking. She’s so perfect, her body is perfect, everything about her is perfect, she’s only twenty years old, her skin is flawless, I want her so badly, I want her more than I’ve ever wanted anyone else, I want her so bad I might die.

Margot can be cruel in the story; the comments about his body are gross and inappropriate. Robert seems like a nice dude, but if you’ve dated any guys in that age bracket  [24-34], you can sense the sad-boy vibes. Those guys from big cities who have a lot of feels about literature and film that make them seem really profound and emotionally interesting, but who lack an ability to actually empathize. They are both bad to each other in different ways. His infantilization of her and her disgust of him.

It ends on a sudden note, with Robert calling Margot a “whore” in what is clearly a drunken tirade of texts.

The story is fine, and when I first read it I nodded around and was like, “Okay, this is a story.” But then I ended up in a group chat where my female friends and I ended up re-reading the story in sections, and I had to keep stopping because I kept remembering times I’d done what Margot did, or because I was listening to other women talk about their own experiences.

Personally, what struck me was thinking about how we have meaningless sex for the wrong reasons. Meaningless sex is fine. It is enjoyable. But not everyone can do it. Some people do need to have something “deeper,” and by deeper, I don’t mean love. I mean things like a sense of trust, or mutual attraction, or just a sense of genuine sexual interest in that person.

Ella Dawson asked this question in a great post on her website: “Do you remember the first time you had sex that you really, actually wanted to have? The first time you had sex because you desperately wanted that person?” That first time and those other subsequent times stand out in the mind because they were so deeply sensual in every corner of your senses. Those kinds of sexual moments are intense and powerful, but that is not the overwhelming majority of sexual encounters.

So how does bad sex happen? At least from the female perspective? It comes from this feeling that saying no when you are already there, when you are naked, when up until that moment you thought, “Hell, yeah,” and then suddenly it became an “I’ve made a terrible mistake” moment there a sense of obligation to finish what you started. As Dawson says, bad sex is not rape or sexual assault; these men are not bad men or bad people. The problem is this idea that you just can’t stop, say no, and just leave. You feel like a “bitch,” like you’ve given a guy “blue-balls.” So many women just lie back and think of something else to get through the moment. It almost seems easier to just let the dude get off and then leave to avoid feeling guilty about that—but then you just spend the next day feeling guilty about that.

This failure to communicate isn’t about weight (although, yes, making Robert a fat, hairy man definitely was a gross short-hand to make him physically unappealing) or about age. It is about the ways in which women feel unable to express themselves fully around a guy for fear of insulting him. Which isn’t to say men don’t feel that fear too, but just looking at the story, everything Margot says and does on the date is tinted with this desire to make him comfortable, to make him feel okay.

Margot laughed along with the jokes he was making at the expense of this imaginary film-snob version of her, though nothing he said seemed quite fair, since she was the one who’d actually suggested that they see the movie at the Quality 16. Although now, she realized, maybe that had hurt Robert’s feelings, too. She’d thought it was clear that she just didn’t want to go on a date where she worked, but maybe he’d taken it more personally than that; maybe he’d suspected that she was ashamed to be seen with him. She was starting to think that she understood him—how sensitive he was, how easily he could be wounded—and that made her feel closer to him, and also powerful, because once she knew how to hurt him she also knew how he could be soothed. She asked him lots of questions about the movies he liked, and she spoke self-deprecatingly about the movies at the artsy theatre that she found boring or incomprehensible; she told him about how much her older co-workers intimidated her, and how she sometimes worried that she wasn’t smart enough to form her own opinions on anything. The effect of this on him was palpable and immediate, and she felt as if she were petting a large, skittish animal, like a horse or a bear, skillfully coaxing it to eat from her hand.

Margot’s manipulation isn’t coming from a bad place, even though it can feel that way, and even though the author is frustrated by her. Despite sympathy, “she’s so quick to over-read Robert, to assume that she understands him, and to interpret his behavior in a way that’s flattering to herself.”

As we enter a time where people meet and connect online more than ever before, this story is super relevant. Because what is more disappointing than finally meeting someone you’ve been lusting after and imagining about for weeks, and it’s … silence? While you can argue about “Cat Person” from a literary perspective, this piece of fiction has resonated not because it is perfect, but because it’s tapped into the vague unknown of dating, and the anxiety that exists on both sides. No one wants to inadvertently be a Robert (men and women included), so the best thing we can do is try to be better than we were before. Communication is hard, but it is key. Sometimes we bomb, and that’s just a part of dating. It’s hard to take the “L,” but sometimes that’s all you can do.

Also, if you are gonna date someone younger (legally) that’s cool, but please—for the love of God—don’t kiss them on the forehead.

(via The New Yorker, image: Shutterstock.com)