Witch Christmas Is Full of Demons, Seances, and Motherhood in Chilling Adventures of Sabrina: “A Midwinter’s Tale” 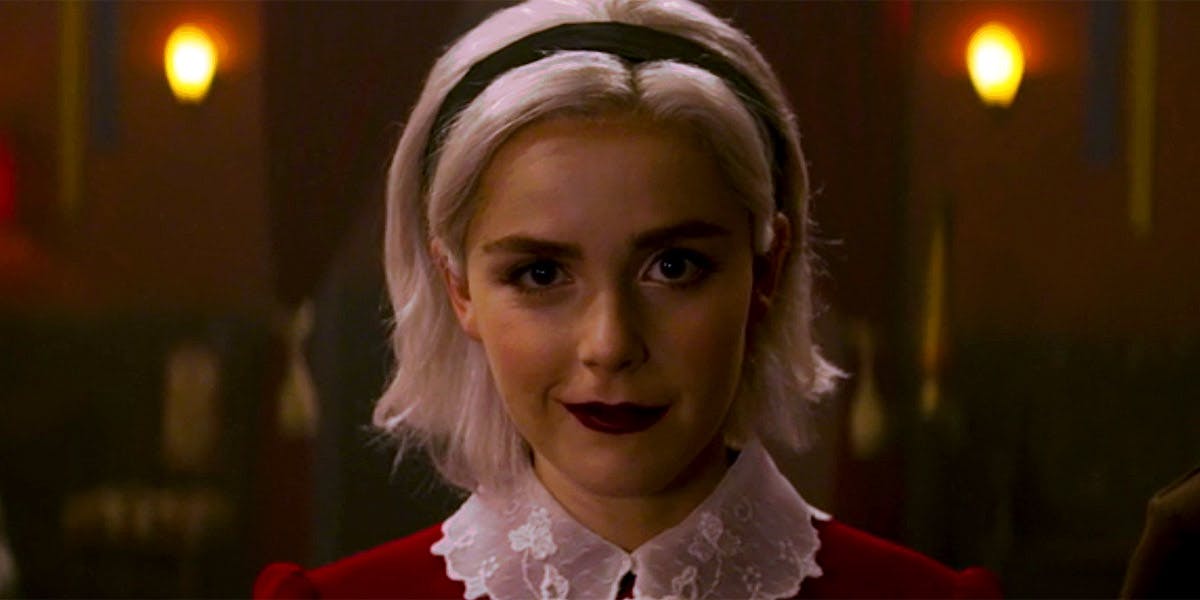 On the Solstice, after finally becoming an official member of the Church of Night, Sabrina decides to continue to flaunt her lack of respect for authority by seeking to summon the spirit of her mother. Diana was established to be stuck in mortal limbo last season.

A Midwinter’s Tale does the work of a Christmas special in the sense that the storyline is not too heavy, but it does carry on some important plot elements and works as a bridge for the upcoming season two of the series. Mostly through exploring what the status quo for all of Sabrina’s relationships shall be.

Roz and Susie are slowly learning to accept that their friend is a witch, not enough to help her with a seance, but enough to go to her for help when things get weird. Harvey is a harder case. After having to kill his brother last season in order to undo the damage Sabrina wrought, he has very negative views about magic. He isn’t aggressive about the issue, but he doesn’t trust it and tells Sabrina to “Please don’t ever [use magic on me] that again.”

We previously spoke to Miranda Otto about Zelda in the Christmas Special and the softer side of Zelda through her attachment to baby Leticia. For those who might have forgotten, Leticia is the older female twin child of Father Blackwood. Out of fear that Blackwood would harm the child, Zelda kidnapped the baby to protect it. Zelda adores Leticia and her maternal nature really softens her up. Leticia does become a bit of a plot device during the second act, but it works to develop Zelda’s final decision concerning the babe.

In terms of demons, we have Madam Satan causing problems by putting out the Spellman’s Yule log fire that keeps spirits from entering the house. It allows some baddies to come in and terrorize the household and one of my monster predictions came true! We also get a child murdering demon and Sabrina gets to be a smart witch for once.

If there was any theme I felt came through powerfully in this special it was Motherhood. From Sabrina trying to contact her mother to Zelda and her protective love for Leticia, motherhood is shown to be not just about love or biology, but about sacrificing for the sake of what’s best for the child and wanting to make sure that they are loved above all else.

All the acting is solid and the episode itself is mostly filler, but if you wanted to know how the emotional stage is being set for part 2, I’d say the last twenty minutes are the most important from a narrative perspective. What I will say is slightly frustrating is that Sabrina continues to have learned no lessons from part one.

Despite having caused a lot of problems by doing magic in secret without the help of Zelda or Hilda, she continues to do it. She also continues to push magical things on Harvey despite the fact that he has been heavily traumatized by magic. Sabrina wants to give Harvey space, but she also wants him to be okay with her being a witch and that may never be possible.

It’s an interesting place to leave them as we enter the new year and a new stage in Sabrina’s witchy development.