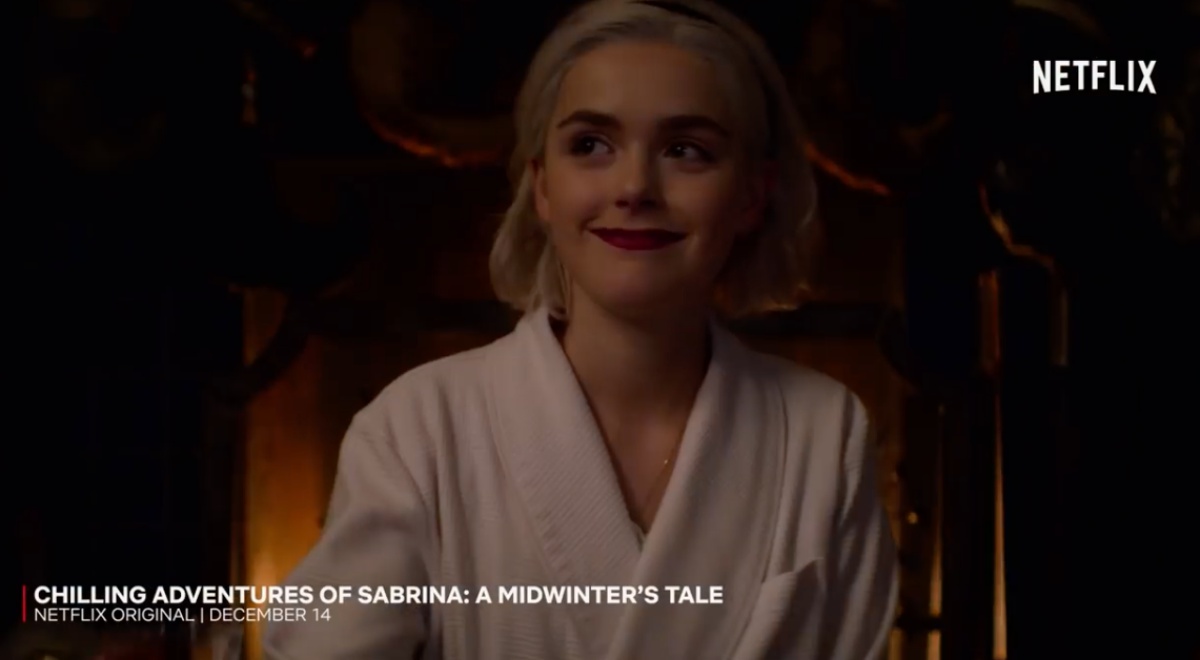 With the coming of the Christmas season comes the pain of endless Christmas music, with the joys of getting some warm hot chocolate feel-good movies and television specials to get into the Holiday spirit. One unexpected television Christmas special surprise is the announcement that Chilling Adventures of Sabrina will return early to deliver some winter solstice cheer.

The synopsis for Chilling Adventures of Sabrina: A Midwinter’s Tale is as follows:

The Church of Night, like all covens, celebrates the Winter Solstice—the longest night of the year—when families gather together around the Yule Fire to sing pagan carols, tell ghost stories and huddle against the supernatural creatures that come out to cause mischief. Since the Winter Solstice is when the veil between this world and the next is at its thinnest, it’s the perfect time to conduct a séance—which Sabrina convenes, to try and contact her mother. But the holidays are also a time for guests and visitors—both welcome and unwelcome—and you never know what might come down the chimney.

As can be seen by Sabrina sporting her iconic white hair, this will take place after the events of the first season (or part one), which means Midwinter’s Tale will give us some insight into the new Bad Bitch Sabrina who gave us that wink at the end of the first season. It also looks like our grey-witch is still tampering with magic she may not have full control over, which can be interesting.

Considering what we know about Sabrina’s mother in the comics, it’ll be interesting to see whether the series decides to continue that line or make more deviations from the source material. Harvey has already been mercifully spared.

Also, who doesn’t love episodes with the characters sharing scary stories with one another? Even though most people know about Krampus, there are more Christmas baddies out there.

There’s the Yule Cat or Jólakötturinn, a huge and vicious cat monster who eats people who haven’t gotten new clothes for Christmas (very specific). He can get into cat vs. cat action with Salem. We also have Grýla, the giantess who has the ability to detect children who are misbehaving year-round and eats them in her favorite stew dish. So many cannibalistic possibilities.

Chilling has already proven itself to be cinematically compelling and in possession of a great creative flair. I have every confidence that this will be another fun episode to whet our appetite until season/part two.

Praise Satan! I mean, Praise Santa! @sabrinanetflix has a X-mas Special dropping on 12/14!! I love this episode of #CAOS!! @netflix ⚡️☃️☠️ pic.twitter.com/A5DPs4Dajv

What are some dark winter solstice stories/characters you’d be interested in seeing show up in this episode? The holiday special will drop on Friday, Dec. 14.