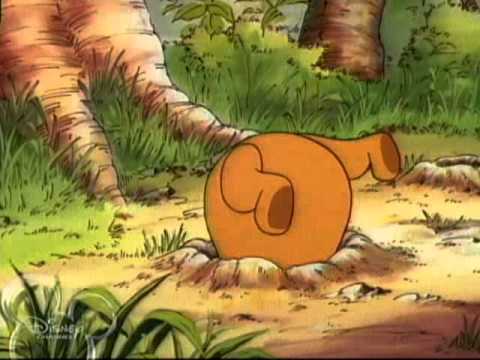 Puzzling over the wardrobe choices of anthropomorphic characters is a slippery slope. There are plenty of reasons why Winnie the Pooh might need to be business on the top and party on the bottom (cough never nude cough cough), but I doubt none of them involve sexual deviancy. More likely it’s a matter of convenience; if you can’t find your way out of a honey pot, struggling with pants might be out of the question. Still, there’s no denying “half-naked Pooh Bear” is redundant–and the residents of one Polish town don’t want the chubby little cubby corrupting their younglings.

Several City Council members in the small town of Tuszyn recently suggested the British bear as a mascot for a local playground, but in minutes obtained by The Croatian Times, many city officials took deep offense to Winnie’s free-flowing bear rump. According to local media, Councillor Ryszard Cichy claimed “The problem with that bear is it doesn’t have a complete wardrobe. It is half naked which is wholly inappropriate for children.”

Councillor Hanna Jachimska blamed Winnie’s deviancy on author A.A. Milne: “This is very disturbing but can you imagine! The author was over 60 and cut his [Pooh’s] testicles off with a razor blade because he had a problem with his identity.” Honestly, Hanna, if your first thought when looking at a cartoon teddy bear is to search for his 100 Acres of Wood, that might reflect more on you than the possible perversions of A.A. Milne.

Regardless, something may be lost in translation here, either literally or in regards to Winnie’s significance in Polish culture. Reportedly, the good people of Tuszyn have yet to choose their playground’s mascot. If they’re open to moving away from bears entirely, might I make a suggestion?

Look at this fellow! In a suit and a tie, no less!