I'd rather read Sky Mall 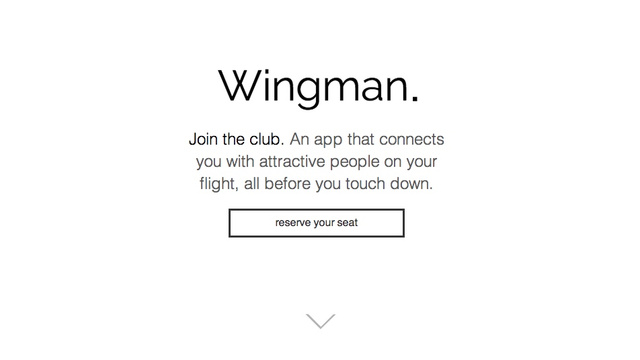 If you’ve always wanted to have sex in a public space with no air circulation surrounded by dozens of strangers, don’t worry-there’s an app for that. “Wingman” is an app that  “connects you with attractive people on your flight, all before you touch down.” Regrets: now available at 30,000 feet.

Wingman’s  creator Gabe Whaley, a copywriter for Buzzfeed, explains in an interview with Animal what drew him to create a Tinder for the skies.

“I’m pretty sure that at some point, anyone who’s flown has had a thought, like, ‘I wonder what it would be like to talk to that person. Too bad it’s never going to happen, because the seating arrangement didn’t provide for that.’”

That actually sounds pretty romantic-I’m sure I’m not the only one who’s fantasized about a seatmate turning into a soul mate. But then Whaley gets to the gross, bumping-uglies bottom line, saying

“And of course, most people have at least some sort of exposure to what the mile high club is.”

In the interests of journalism I “reserved a seat” on their website to receive Wingman news, and don’t worry, the app promises to be very discreet. Their place of business is even listed as “Miscellaneous Mischief.” 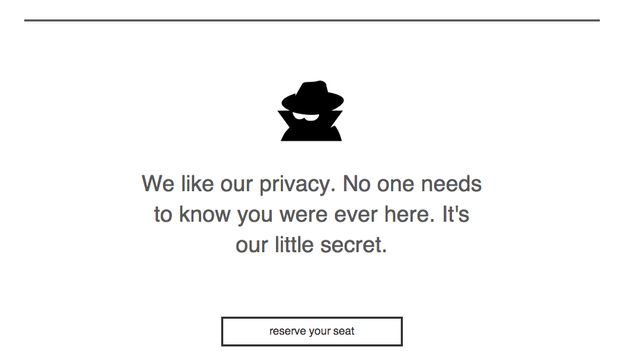 Whaley hopes Wingman will have a beta available by April, with a full launch over the summer. If  his gross brainchild doesn’t pass Apple’s strict app qualifications, Whaley assures us it will still be available as a mobile website.

Regardless of whether  Wingman successfully enables the swapping of fluids in airline bathrooms, Whaley says he thinks his whole idea is “really funny.” He also promises that whether users wind up sealing the gross, public restroom deal or not “has nothing to do with the app. It has everything to do with them. ”

You hear that, you lazy jet lagged tech-savvy sexpots? Wingman can only do so much. Ultimately it’s up to you to get cleared for takeoff with your tray table in the upright position.

And if you do get your bone on in a Boeing, don’t worry-the fine for getting caught in an amorous entanglement on a flight seems to be only slightly more than traveling with an overweight suitcase.

Christopher Martin and Jessica Strobel, two strangers on an Allegiance flight to Sin City last August, reportedly engaged in multiple oral sex acts in front of other passengers, in between enjoying the snack and drink service. They were only charged 250 dollars, plus they still got free peanuts.

So what do you have to lose? Spritz on some duty-free cologne, buy a TSA-approved 3.4 oz bottle of lube, and go fly the friendly skies. 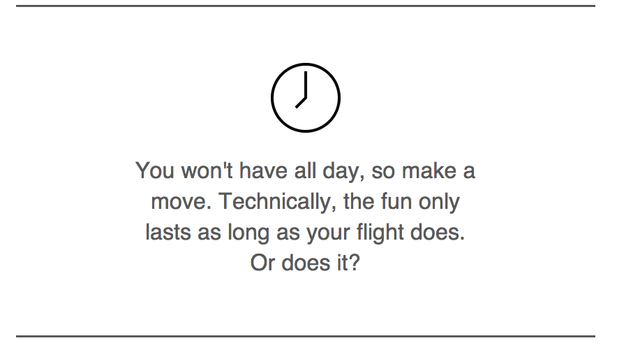 (Jezebel via Animal, images via Wingman)