The Green Goblin Booty Meme Is Coming for You! 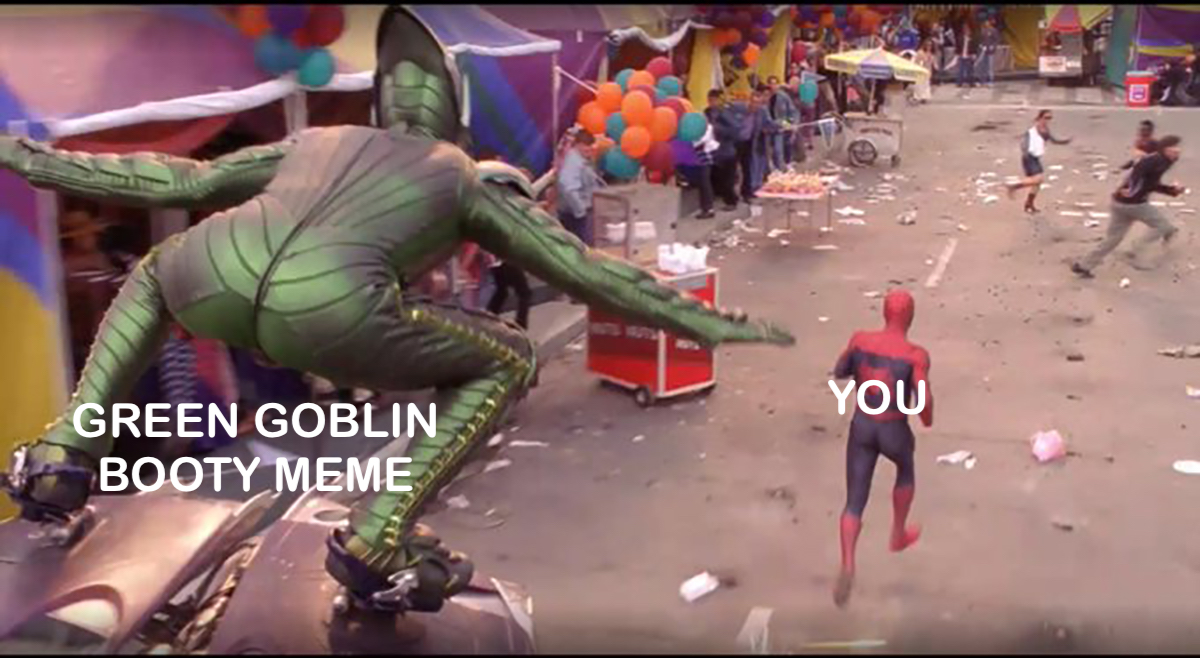 The father to Peter’s best friend, Harry, and a mentor to Parker himself, Norman Osborn/Green Goblin is a time-honored Spider-Man villain. To be honest, I’m grateful for the Marvel Cinematic Universe only because I have not had to watch a Green Goblin storyline unfold again. He’s almost to the level of the Joker for me. Enough, use the other villains.

What I will take, however, is a meme about how thicc Willem DaFoe’s Green Goblin was. Let’s get some context.

When one Twitter user was just casually watching the Tobey Maguire Spider-Man, they came to the realization that this is maybe the greatest screengrab to happen in the world of Peter Parker. Well … this and the plethora of Spider-Man memes that already exist out there in the world.

This frame is making me have a breakdown in the bathroom pic.twitter.com/zJt4nKbNuk

These are all the Spider-Man memes to each other:

But, in a world filled with one anxiety-inducing thing after another, I have found myself excited about the beauty of a new Spider-Man meme, and thus, I have stared at the thicc booty of the Green Goblin for … far too long.

What’s fun about it is that Twitter has made countless memes, all relatable, and all hilarious, and thus, let us laugh, forget, and keep remembering that we’re staring at booties.

you don’t need a glider when you got a wagon https://t.co/EaupFY8x1P

Should I maybe rewatch Spider-Man? Maybe! But at least I will now always look for this shot.