Will Smith in the Live-Action Aladdin Remake | The Mary Sue

Could Will Smith Be the New Genie in the Live-Action Aladdin Remake? 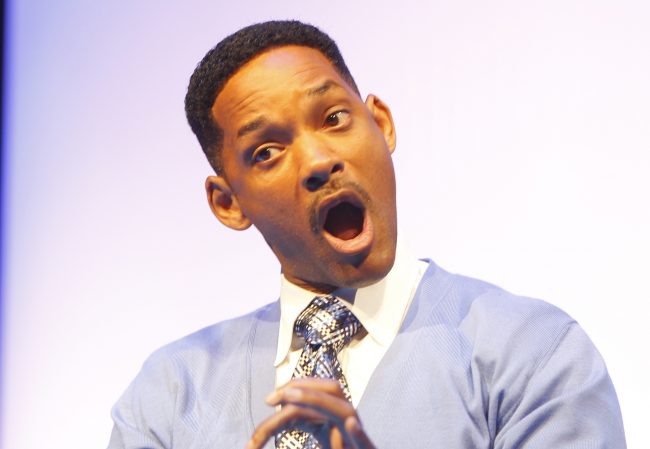 Casting rumors here, casting rumors there, casting rumors everywhere. The last time I wrote about Will Smith, it was regarding rumors that he might be starring in Tim Burton’s live action Dumbo remake that is somehow still happening. Being the big star that he is, the former Fresh Prince of Bel-Air’s name is being thrown around another project which also happens to be a live-action remake of a classic Disney animated film.

According to Deadline, Smith is in talks to star as the new genie in Guy Ritchie’s Aladdin remake. Say…what? I mean, it would make sense since he’s such an animated person but honestly, I don’t see anyone else in the role made famous by Robin Williams. I know this movie is going to happen whether I like it or not and that someone will have to play the genie, but that doesn’t mean I have to be happy about it. With that said, if the rumors are true, it’s not the worst thing in the world.

As of now, we know that the script was penned by Big Fish writer John August and that it will indeed include musical numbers. How do we feel about this?