Wikipedia Takes the Klingon Out of Its Logo 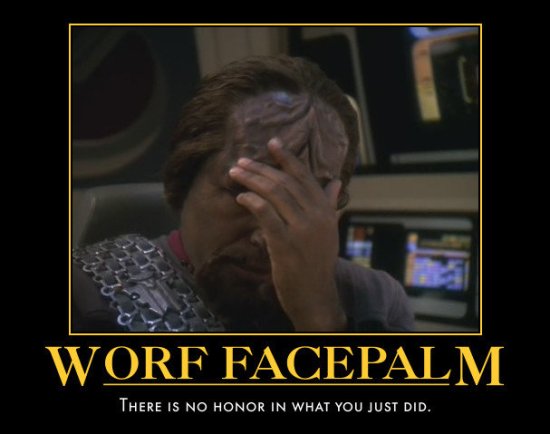 The filthy p’tahks over at Wikipedia have made an unforgivable error. With the visual update of the site has come a new logo.  A new logo…

That is missing its Klingon character.

Gather your bat’leths, my brethren, as I illustrate:

The new logo is on the left, the old is on the right, with an arrow highlighting the tile that used to hold the Klingon character for ‘W’.  What?

Yes, the only Klingon I know is from Armadeaddon.  Moving along.

It has been viciously replaced by the ‘W’ character from Amharic, a language that no one’s even – What?

Oh.  It’s the second most spoken Semitic language in the world, next to Arabic?  And the official language of Ethiopia?

Hmm.  You know what, I’ll get back to you on the whole bat’leth thing.